You are here: Home / Repurposing and Upcycling / Art Broken…almost

This is a story of how I was almost (he)art broken by, of all things, a window. Let me explain.

One day, I went to my favorite salvage spot and I saw this leaded glass window in the corner. I loved it, but the frame of it was a bit broken. I left it there that day.

And then I thought about it…for weeks. Three weeks to be exact.

I decided I needed the window, so I went back, bought it for a whopping $15 (!!) and brought it home. 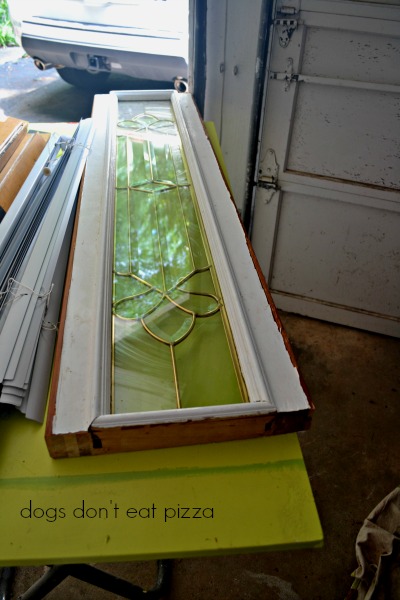 It’s so pretty. Notice the wave in the glass. Solid wood frame – it is so heavy! I was in love.

I fixed the frame by gluing and carefully nailing it back together. Then, I added eye hooks to the top of the frame and to the doorway in which I wanted to hang the window. 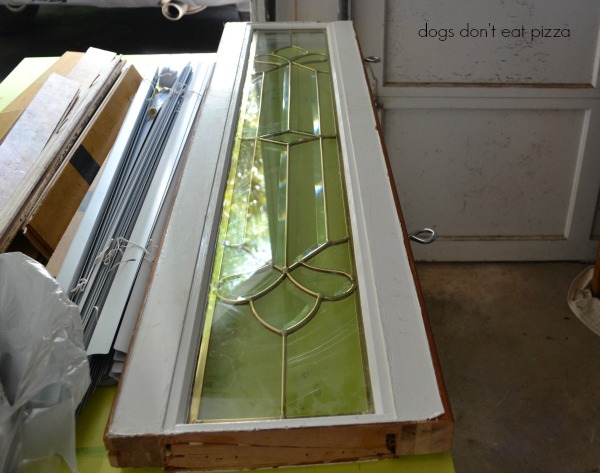 It was all ready to hang.  And then I noticed that there was still one loose piece of the frame.

Let’s stop the story right there. I have replayed this moment in my head 82 times. If I could do it over, I would have just left the frame as is or added more glue. Instead…

Instead, I added one more nail. Sadly, it was in exactly the wrong place. After I nailed it in, I heard cracking.

The entire glass piece shattered.  Thankfully, it was encased in tempered glass (someone had done that to make it into a transom window, apparently), so the glass pieces stayed put.

But the pretty glass was shattered. The window and I were both shattered.

I cursed. I jumped up and down. My dogs ran far away from me. I was crushed.

I went over to Dixie Glasshoppers – the best glass place ever (they did not pay me to say that; I really believe that). Thankfully, they said that they could replace the tempered glass and keep the shattered pieces in place. “It’s a look,” Cat at Dixie Glasshoppers said. She said it’ll be fine, patted me on the shoulder, and sent me on my way. I took a deep breath and left the window in their capable hands.

Fast forward to now…here’s the window all hung up and pretty again. Different pretty, but still pretty. 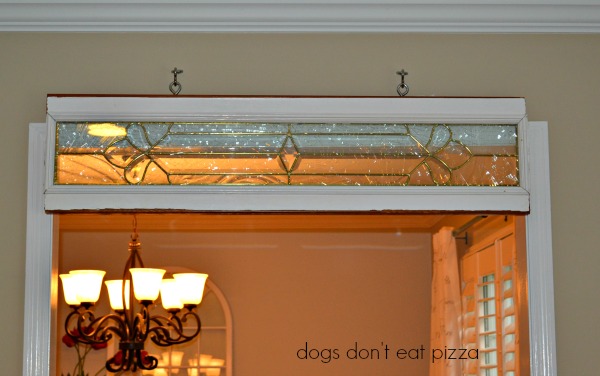 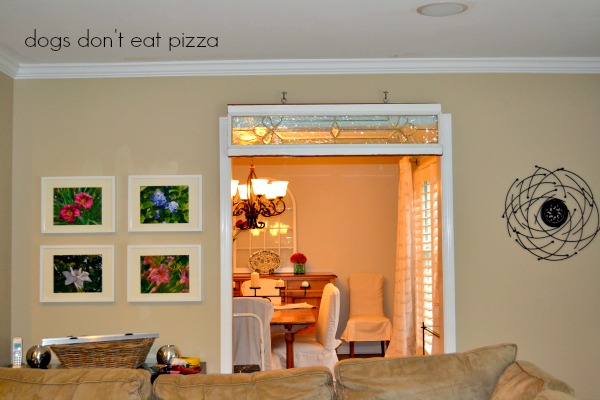 View from the living room.

You can still see the waves in the glass, even with all the breaks. 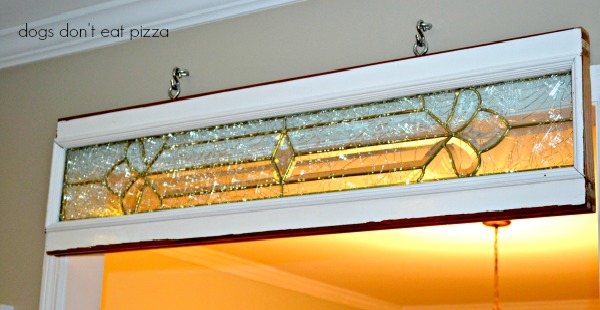 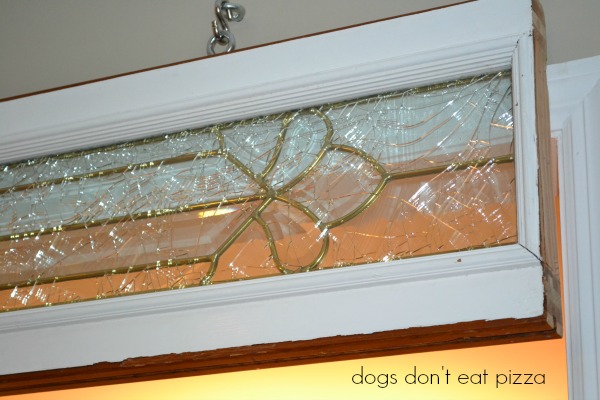 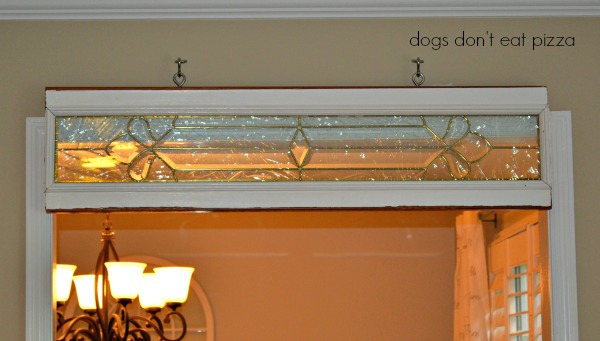 So, the moral of the story is: think before you add that last nail. As I’ve said before, DIY is a logic game. You gotta think. I love this window, but it will always remind me to think before I DIY.

« Brave at Haven
DIY Headboard from an Old Gym Floor »