We have baby bunnies in our yard! 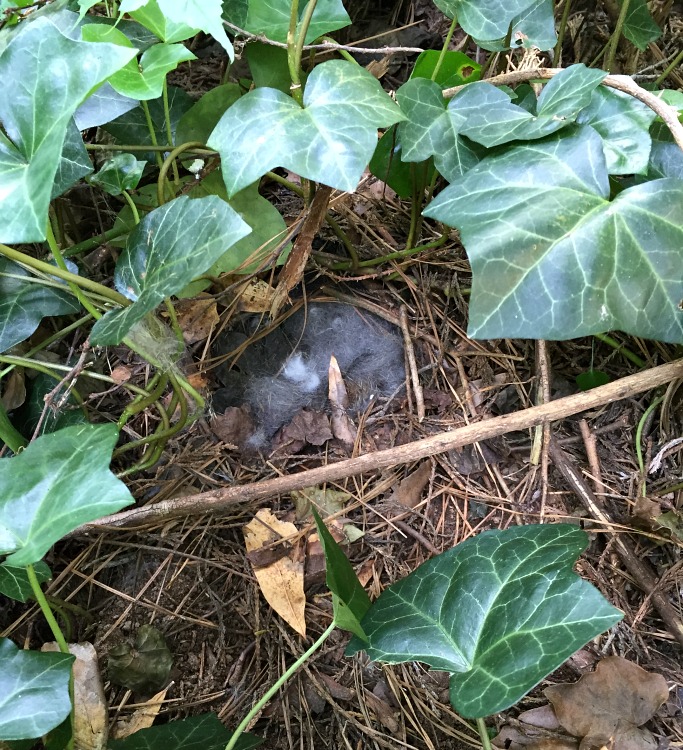 Trust me, they are under all the feathers and leaves there! How do I know?

Well, Hank told me. Sort of.

I let the dogs out yesterday when we got home from a day away and Hank had something in his mouth. He spit it out and out popped this baby bunny. And when I say baby, I mean like a month old or so, maybe. Pink and gray in color, little fur, eyes still closed and tiny ears pinned back.

Hank is a gentle giant. He wouldn’t hurt a fly, let alone a baby bunny. He wanted to play. I know this because, at our old house, we had a bunny nest under the strawberry vines in our garden and he did the same thing. In that nest, the bunnies were a bit bigger, but Hank’s M.O. was the same. He just wanted to say hi.

He didn’t bite the bunny while it was in his mouth; he just mouthed him and covered the poor boo in slobber. 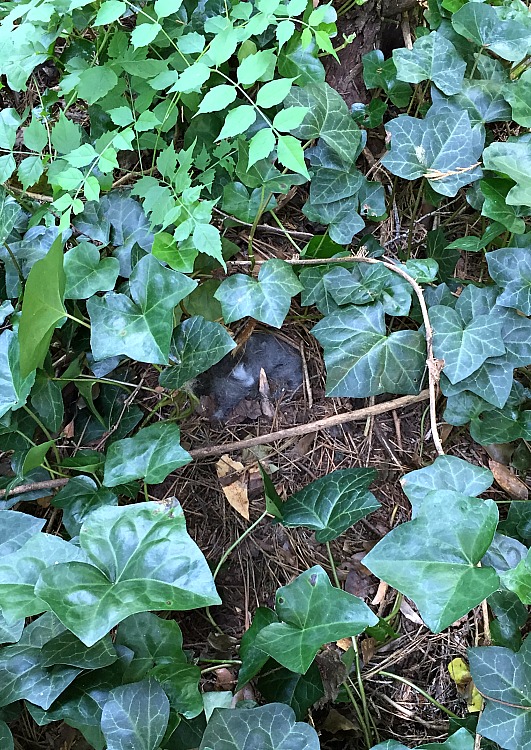 I checked to make sure that the baby bunny he spit out (ew – sorry) was fine – he was. Still breathing, still moving, no blood, all good. I put him back in the nest and covered him back up. When I checked on the babies this morning, he (and the other babies) were even more covered up, which meant Mama Bunny had been back overnight and re-hidden them.

Apparently, bunnies aren’t like birds – they don’t reject babies if they have a human scent near or on them. Also, they don’t tend to orphan their young; they aren’t around during the day (no need to attract predators!) but come back at night to nurse their babes.

I’ll keep you posted as to the status of our little bebes. I’m so glad they chose our little patch of ground for a nest, and I’ll try to be a good host. And no more play time visits from Hank.

« The Love Run
Issues When Designing a Dining Room »