Who’s ready for fall?? ME! I’m tired of the hot, humid summer we’ve had! So, I thought today I’d move into fall and share a great project for adding fall curb appeal to your home. These fall pumpkin planters are an easy, quick, and inexpensive project. 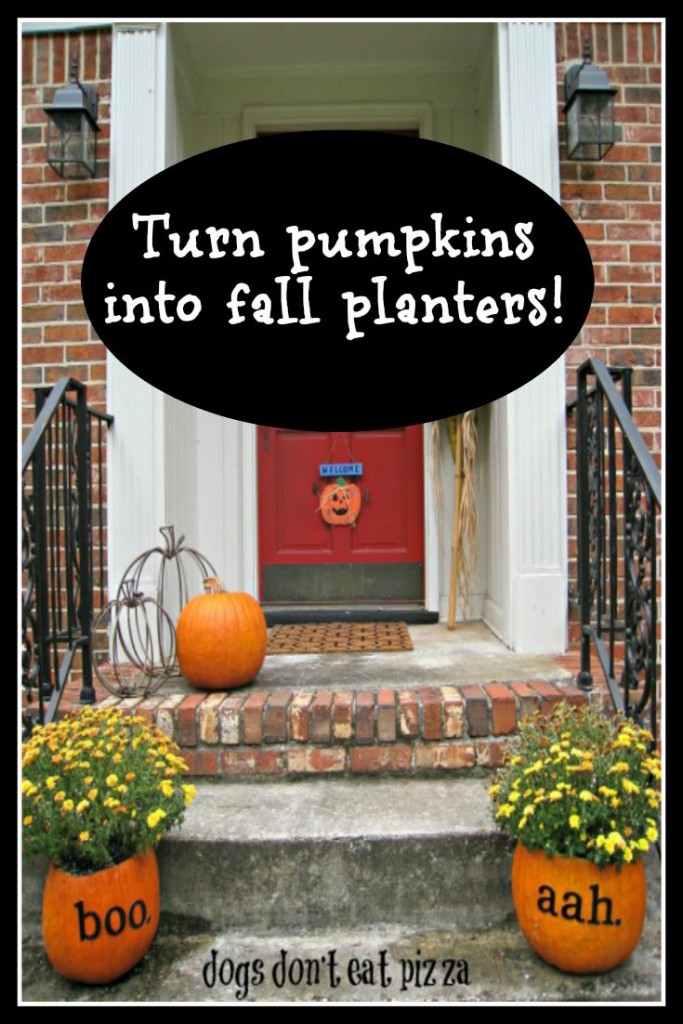 I got this idea when I had bought some mums, but wanted to do something more creative than just put them in our regular, non-festive planters.  Then it came to me…a pumpkin is a perfect shape for a planter!  Voila: 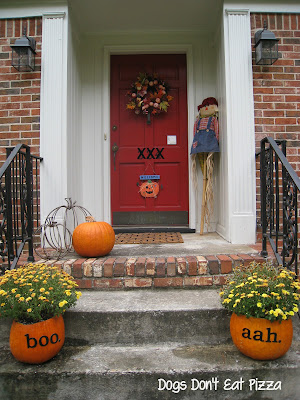 These pumpkin planters are super-easy to make.  The whole process took me less than an hour.

Here’s how I made them:

First, use a sharp knife (be careful!) to cut the top off the pumpkin.  The size of your mum (or other plant) should determine how wide you want the opening to be, but I wouldn’t cut more than 1/3 of the pumpkin off, for stability’s sake.  Don’t worry if the top edge isn’t even; it won’t really show with the plant in the pumpkin.

Next, scoop out the pumpkin innards (seeds and pulp).  This is a great job for kids!

I also cut around the sides of the pumpkin to narrow the sides (see how knife is positioned, above), so that the plant could easily fit in it.  Be careful not to let your knife go through the sides or bottom of the pumpkin, though.

(3) Add letters or decoration to the pumpkin.

I wanted to add some letters to the pumpkin.  I thought about using paint, but I had these great adhesive letters that were the right size and font, so I used those. Also, I explain below why paint might not be the best option here; adhesive, removable letters are what I used. 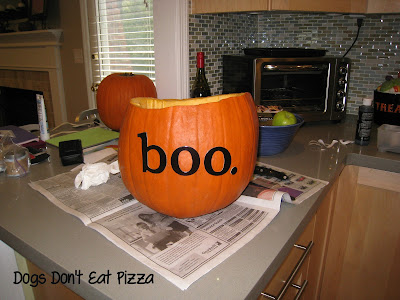 (4) Add a plant and fill with potting mix.

Then I took it outside, planted the mum in it, and poof! Instant pumpkin planter:

I did the same thing for the second pumpkin: 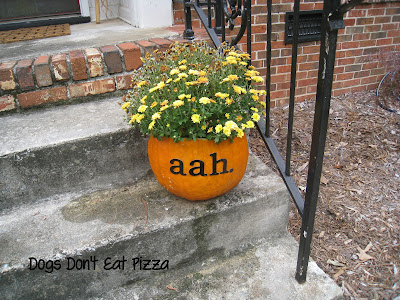 Here’s what I love about this project:

(1) If you don’t already have fall or Halloween planters, this is a festive and inexpensive alternative.  The pumpkins were a little more than $4.00 each (local pumpkins at Whole Foods, 3 for $13) and I had the letters and extra potting soil already.

(2) Except for the letters, it’s all compostable!  After the mums have faded and fall is behind us, you don’t need to put this in the trash.  Take the letters off, cut up the pumpkin, and throw it and the plant in your compost bin.  If you don’t have a compost bin, you can put it with your yard trash and they will put it in their compost pile – you don’t even have to cut it up.  That’s why removable letters are better here; I can remove them and then compost the entire thing.  I wouldn’t want to put paint in the compost bin.

(3) It was easy.  As I mentioned above, the whole project took less than an hour.

(4) This is the perfect project to do last-minute. The pumpkins will eventually decay, so you can’t have these out for more than a few weeks, at most.

So, grab yourself some warm apple cider, get some pumpkins, and get planting!

Pin it for later: 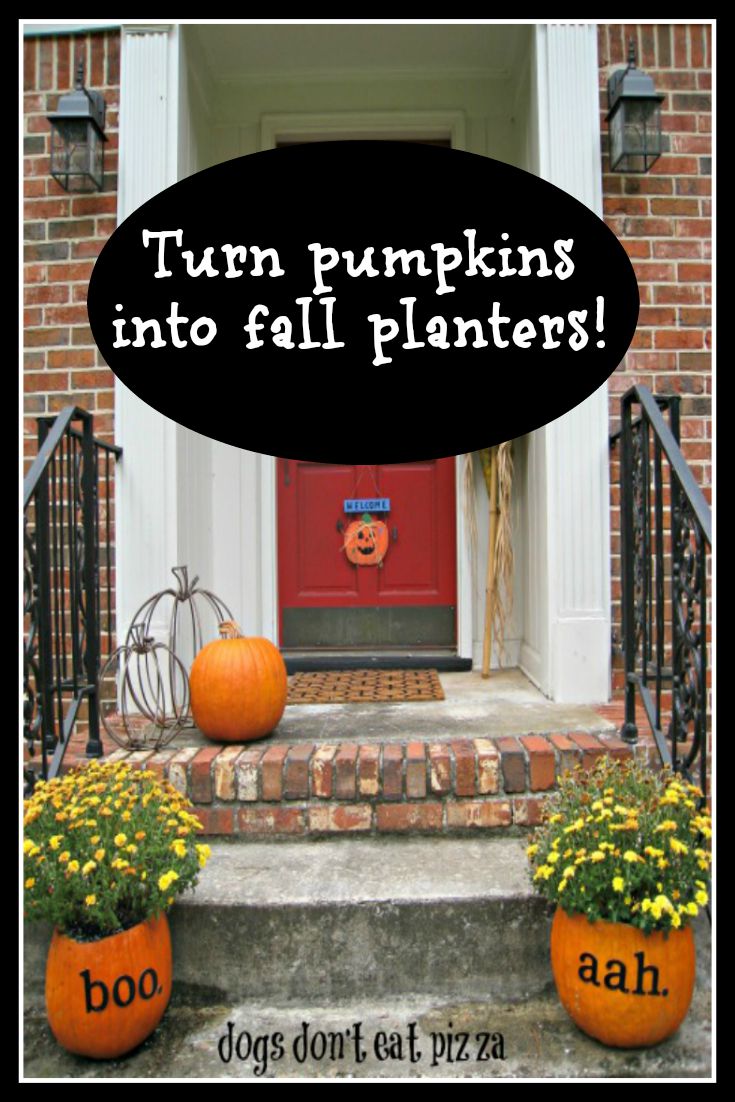 « Decorating for Fall
Five Ways to Get Ready for Fall »