You are here: Home / DIY / Five Tips from a Professional Handyman (Friday Five)

A loooong time ago, I hired a handyman to come over and get a few lingering tasks done. I had a coupon from a fundraiser for one hour of a handyman’s work, so it wasn’t expensive, and I had a few projects that I knew a professional would do better than I could. For example, I stink at hanging curtains, for some reason. Also, there were several windows in our home that had been painted shut, and I had tried everything to get them unstuck, with no success. I called the handyman and hoped that he could magically fix the items on my list. 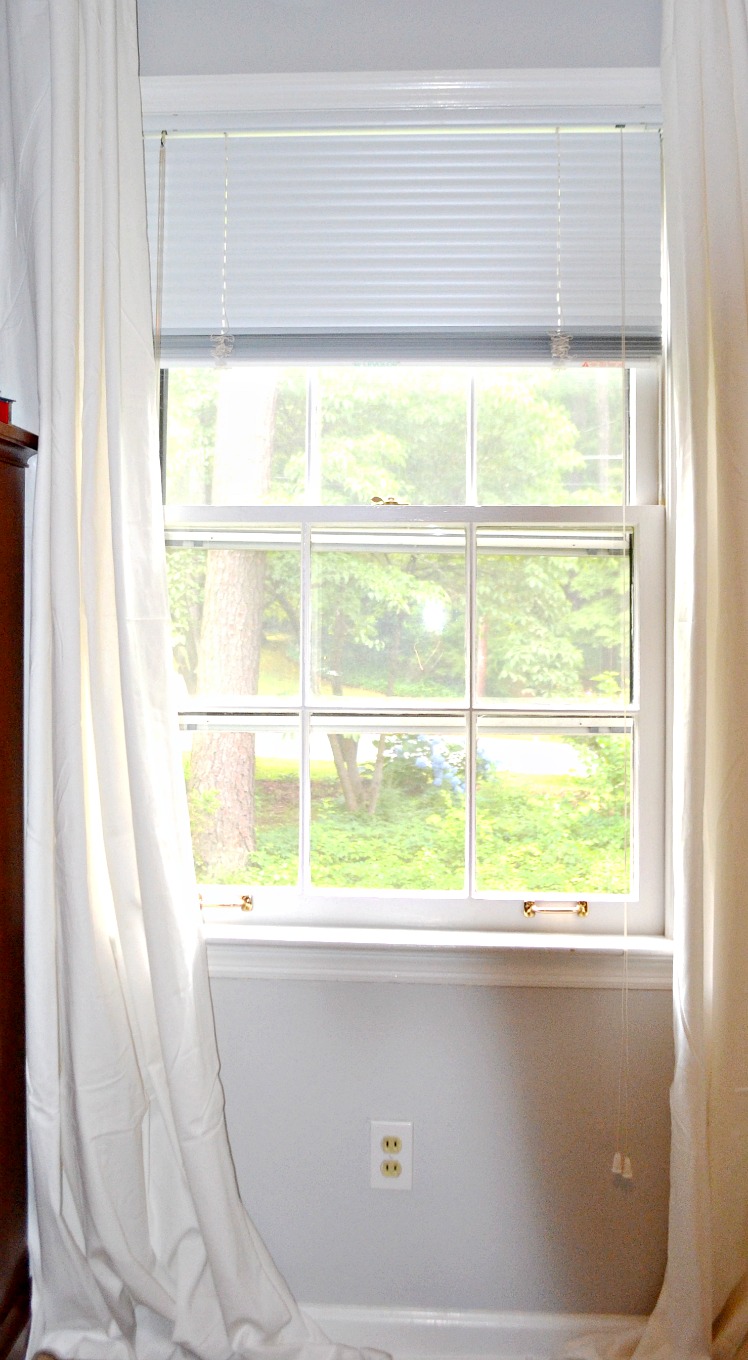 Well, not only did he fix those things, he gave me some good tips for some common problems in homes! I thought this list would make a great Friday Five, so here it is:

Five tips from a professional handyman:

(1) How to unstick stuck windows

This tip was so amazing that I wrote a whole post on it, which you can find here: The Secret to Unsticking Windows. But if you want the quick version, here it is: Score around the edge of the sash of the window with a utility knife, then take a rubber mallet and hit downward.

You can get the full tutorial for how to unstick stuck windows here. It really works!

If you’ve ever applied spackle to a wall, you know that sometimes the spackle will bubble up in the hole after you’ve applied it, creating a rounded mound over the hole. 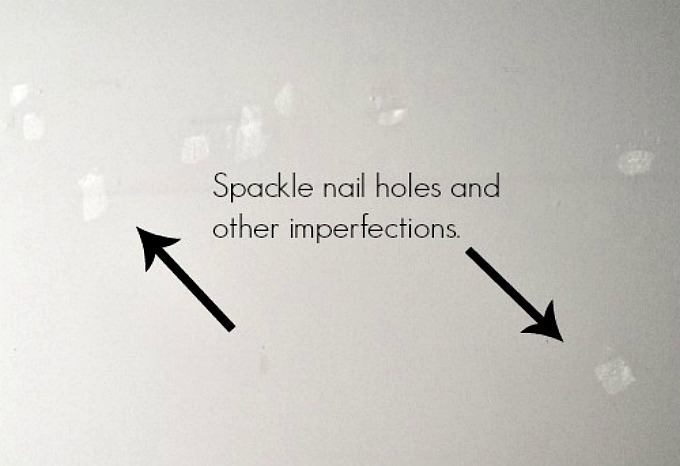 To prevent this, take your finger and press gently on the spackle in the hole, creating a little dimple. This will push the spackle back down in the hole and, when it dries and rises up a bit, create a flatter surface! (You’ll sand it later anyway, so it doesn’t need to be perfect.)

Click here for more awesome tips on how to prep walls for painting!

Garbage disposals make big claims – “You can grind up a watermelon in here!” But should you? 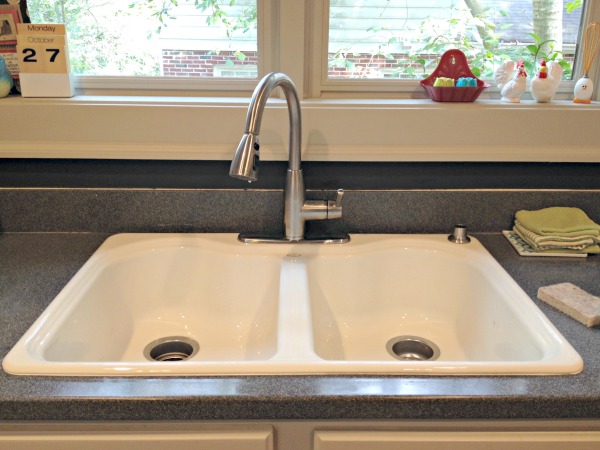 No, the handyman says. Here’s a good rule of thumb:

Why? Because even though garbage disposals say they *can* grind up all manner of things, some things are easier to grind up than others. So you theoretically can grind up a watermelon rind in a disposal, but it will dull the blades to do so and eventually wear them out.

Plus, just because you grind something up in the disposal doesn’t mean that it’s going to get through your plumbing pipes. For example, one time I ground up some egg shells in the disposal and sent them on their way down the drain. Or so I thought. The problem was that the pieces of shell stuck together and got stuck in the pipe. A plumber’s visit later, and now I throw away my egg shells in the garbage (or compost bin, if you have one).

To keep your disposal running in top shape, follow these tips:

If you have a door that’s sticking – it won’t open easily – check the hinges. 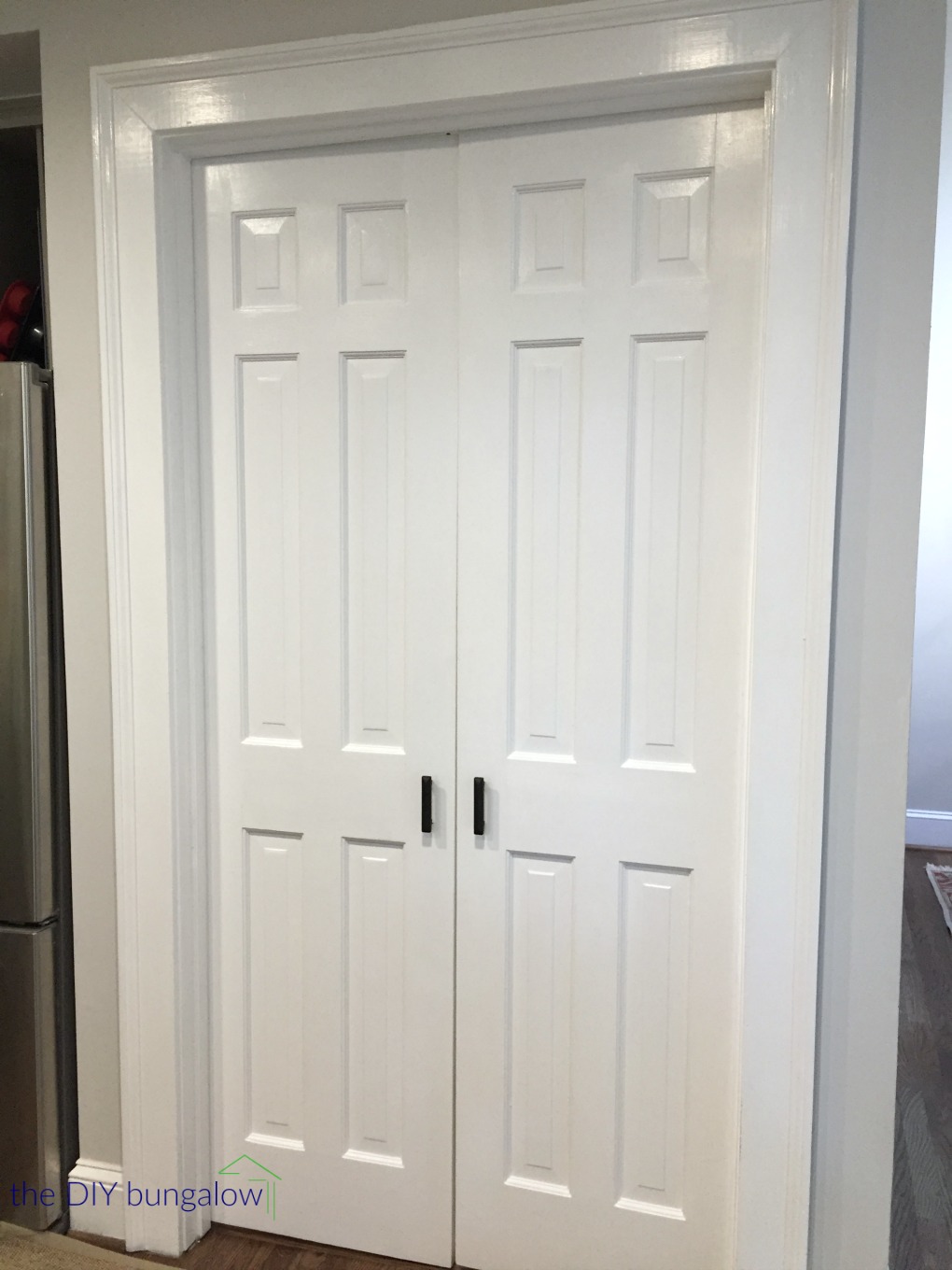 Sometimes the screws that connect the hinges to the jamb are too short, which causes the door to move slightly downward, and, thus, stick.

Replace the screws that came with the hinge, which are often shorter, with 2 1/2- to 3-inch screws. Replacing the shorter screw with a longer screw will hold the hinge more firmly in place and keep the door in place, too!

5. A trick to hanging curtains

So, remember how I said that I suck at hanging curtains?

I’m not sure why I can use power tools just fine, but I can’t hang curtain rods level or at the right height to save my life.

Anyway, here’s his #1 tip for hanging curtains at the right height:

So smart! That way, based on how long your curtains are, you can figure out the right height for the curtain rod!

The other good tip he gave me about hanging curtains – and why so many people mess it up – is to check the window trim for level and square. What gets people in trouble when trying to measure out from the trim is that often, especially in older homes, the window isn’t level or square. So if you base your measurements for where to put the brackets on those uneven measurements, the whole thing is off.

Instead, figure out where you want your rod to hang and draw a level line. Then measure from that level line to the window frame – on each side, so that you take into account any unevenness – to determine where you should hang your brackets.

The other thing you can do is to create a jig to hang the curtains. In fact, some curtain rods now come with such templates!

To make a jig, cut out a square piece of cardboard that will cover the corner of your window trim. Then, trace the trim angle onto the cardboard and cut it out, creating a v-shaped form around the trim. Measure where you want your curtain rod bracket to go, and mark it on the template. Then drill your holes.

Next, go to the other corner of the window trim and flip the jig over, so that it’s now fitting on the corner of the opposite side’s trim. The hole should already be there from the first corner; drill. The holes should then be level. 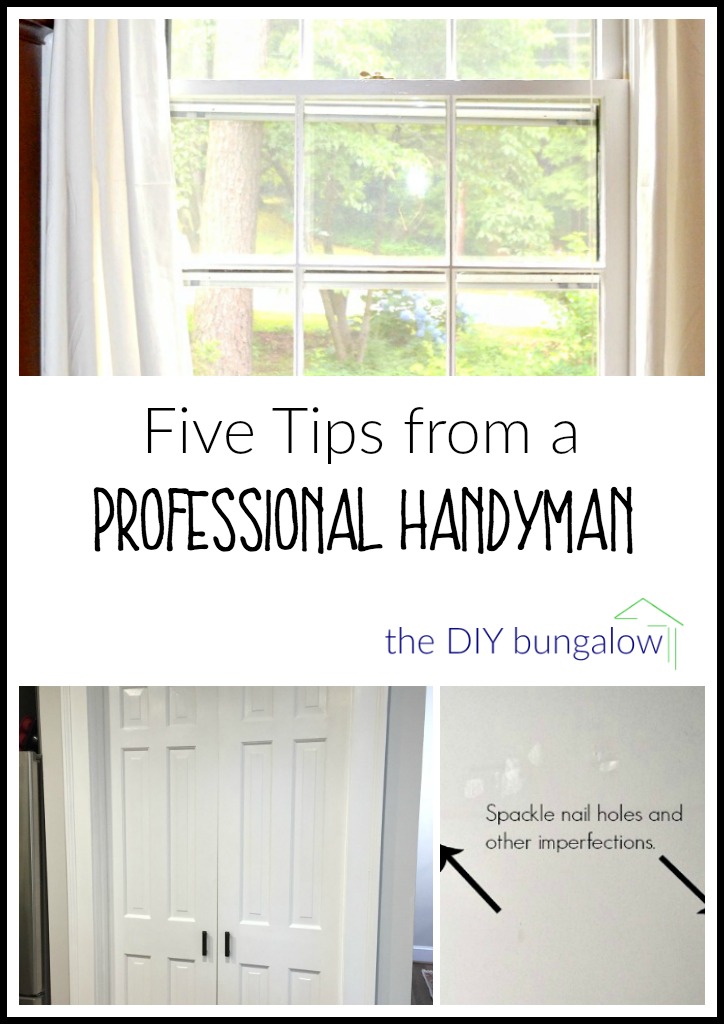