You are here: Home / DIY / My house is kicking my butt.

I realize the title is a bit blunt. But I’ve said it so much recently that it seemed an apt headline.

My house is kicking my butt. 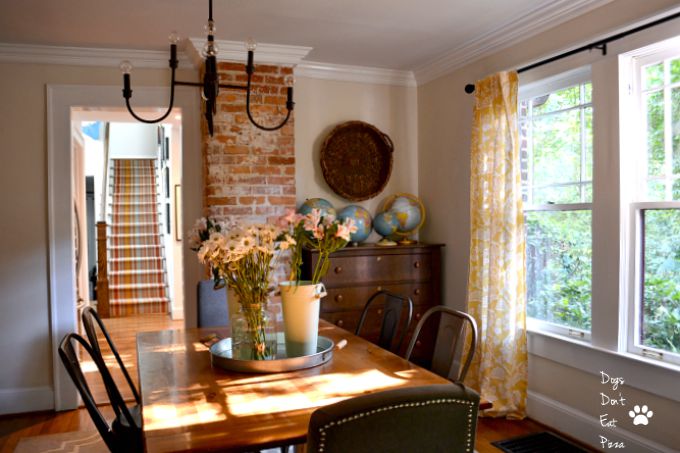 Yes, I love my house.

Yes, I love my neighborhood and my village here.

But this house is wearing. me. out. Here’s a recap of what’s been going on here.

(1) The Comcast Damage: It’s all over but the shoutin’ here, as they say. Comcast has seen the damage, admitted that their tech drilled through it, and said they would pay for it to be repaired. Now we’re waiting for payment. Which has been a slow and often aggravating process. (I’m not going into the details here now, but suffice it to say that my former life as a lawyer has come in handy and may again in the not-too-distant future, although I’m hoping to avoid that.)

(2) Waterproofing the basement, which included the installation of a sump pump, a retaining wall, and dehumidifier.

(3) Repairing damage to a soffit done by a rogue squirrel.

(4) Mold in the pantry. The mold has been remediated and it turns out that it was from an old leak in the roof. We put a new roof on the house when we moved in, so the leak is fixed. When our guy remediated the mold, he said the area around it was dry and there was no evidence of any other mold there, so YAY!

So now I’m just waiting for our drywall repair guy to come and replace and repair the drywall that was removed and/or cut from the remediation. Then I can finish the pantry project (which I naively thought would take only three days – ha!)! 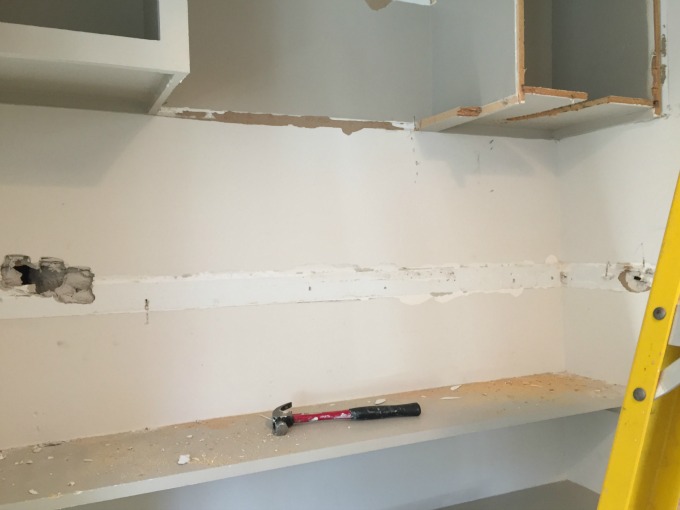 Love me some demolition.

Then, this week we had days and days of soaking rains. And now there is a musty, mildew-type smell in our home. It’s like the Tell-Tale Heart; I can smell it but I can’t quite locate where it’s coming from.

So, we have an expert coming to the house next week to do thermal imaging testing – which is an amazing concept. He will use thermal imaging to find water and/or mold in the walls and other hidden areas of our home. (I’ll try to video it, because HOW COOL!?!)

I want to be clear: I am not writing all of this to whine and complain.

I am writing this because I know you get overwhelmed, too.

You have told me that you have leaks in your house. Or work that needs to be done. Or repairs that a landlord hasn’t made. And I hear you. And I want you to know that you are not alone.

I wouldn’t trade it, but I’d like it to be finished, ya’ know? 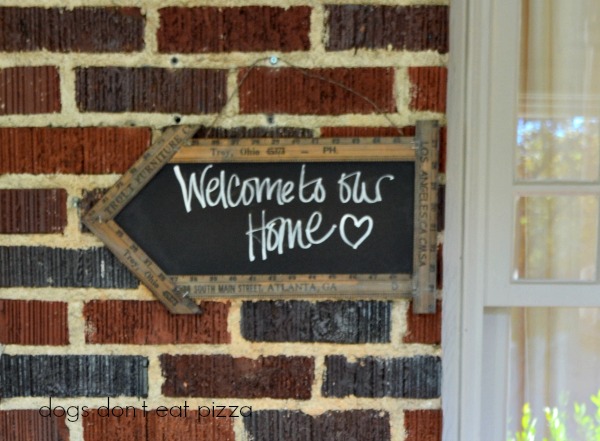 If you are going through home renovations or repair, take heart. They will get finished eventually. And, in the meantime, take a deep breath and know that you are not alone. We’ve been there. I’ve been there. I am there.

« Make-Your-Own Pizza Night
DIY Fail: How NOT to Build a Table »