In my former days as a lawyer, I worked long hours. There was one month in which I worked every day except one – because it was a national holiday.

One day, I checked my email and found that my dear friend, Cynthia, who also worked at the law firm with me, had gone into my office and responded to an email from Dear Husband for me, with this message:

So, you can see that I’ve always been a fan of recycling and repurposing.

When Hickory Hardware and PPG The Voice of Color asked me to participate in their IKEA Rast Hack contest, I knew immediately what I’d want to hack that dresser into: a trash and recycling center. 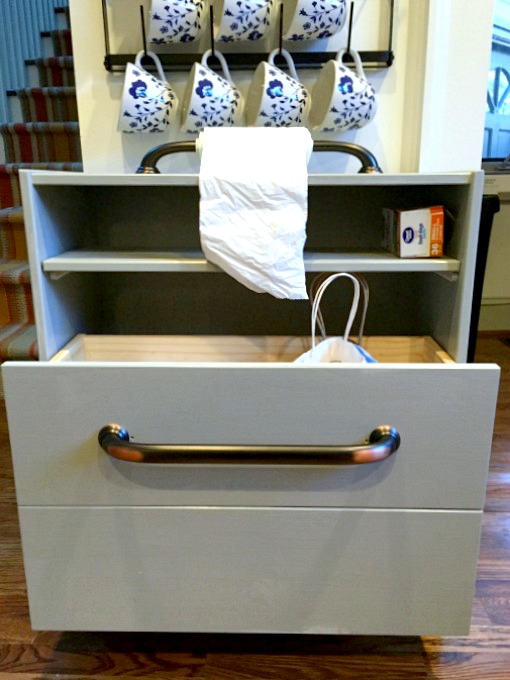 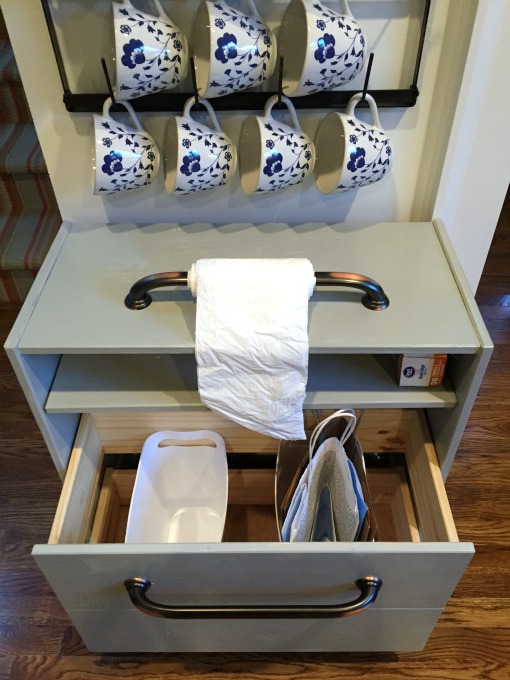 Here’s how I turned the IKEA Rast into a trash and recycling center: 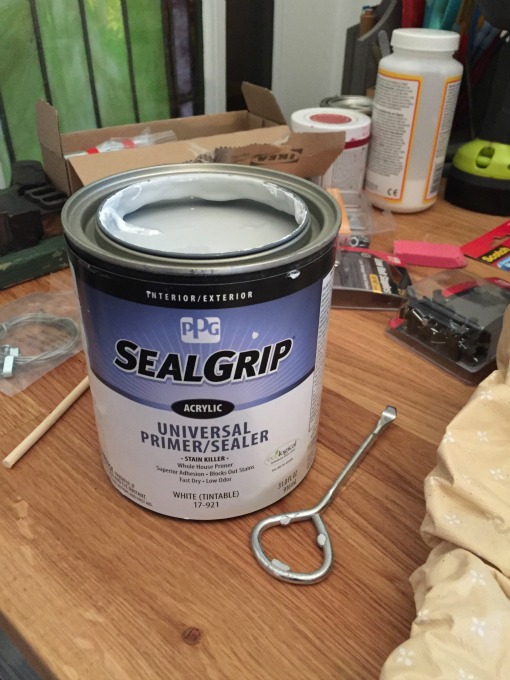 If you are painting your Rast a color, have the paint folks tint the primer one shade lighter than your paint color. That makes painting easier (fewer coats needed – yay!).

Here’s how I built my IKEA Rast hack trash and recycling center:

First, start putting together the Rast according to the instructions enclosed with it. When the instructions tell you to attach the middle support piece of wood, stop here. We’re going to change this.

Rather than attach the support piece flat horizontally as the instructions note, I attached it horizontally but upright across the back. This change will allow the drawer you are going to build to slide into the dresser without hitting the support. 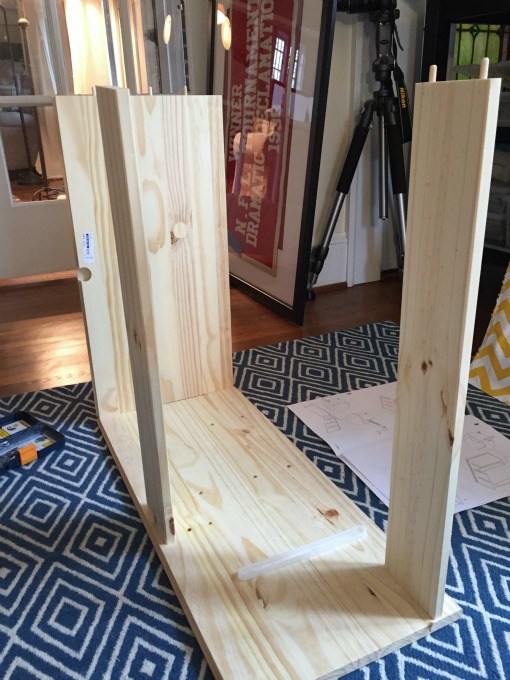 To do this, you have to measure the spacing between the holes that IKEA provided, then, using the hole provided by the back edge, measure where to drill new holes for the support in its new position. 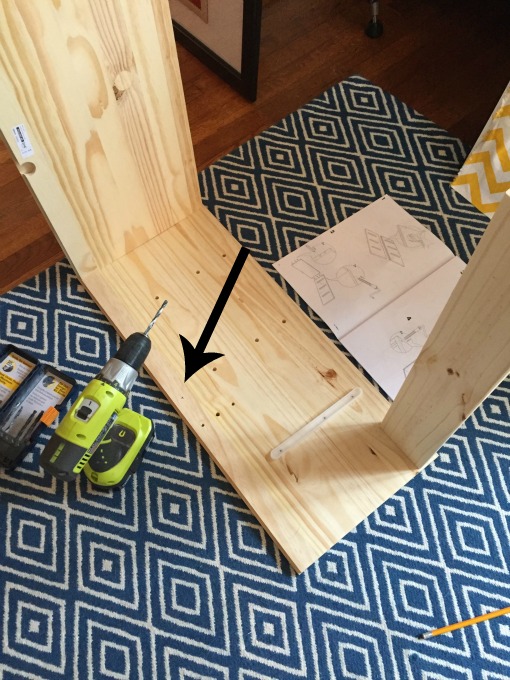 You’re just transposing the holes from vertical position to horizontal, if that makes sense.

Drill the hole for the dowel first, being careful not to drill all the way through the side of the dresser. (Tip: mark the depth of the hole on your drill bit with painter’s tape, so you don’t drill any deeper than needed.) 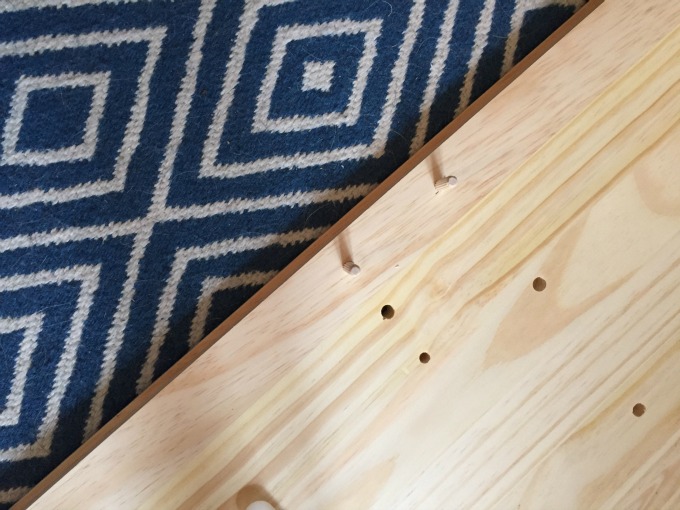 Then drill the hole between the two dowel holes for the screw that will be used. That hole should go all the way through the wood.

Once you drill the holes in the new position (vertically positioned, rather than horizontally as already provided by IKEA), then insert the dowels and put the support in place. Then build the rest of the frame, attaching the newly positioned support with the screw provided in the hole you drilled. 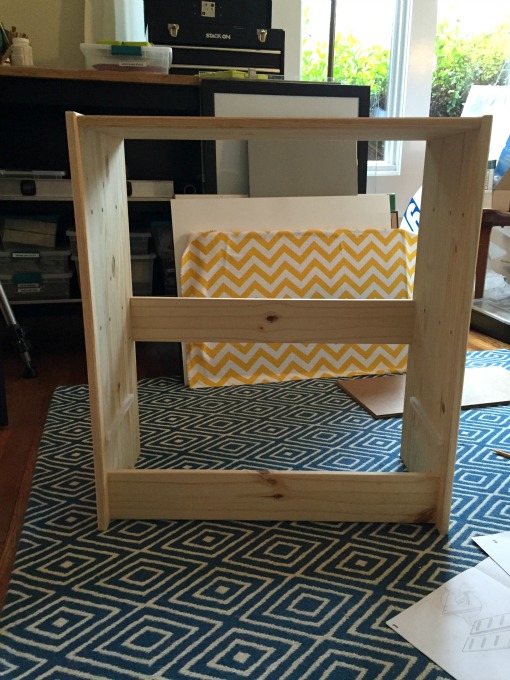 OK, time to build the drawer. What I am doing here is building two drawers and attaching them together to make them into one big, deep drawer for the bins. Make sense? M’kay. Here’s what I did.

Next, attach the two 1×2 pieces, cut to size, to the front of the bottom drawer, like this: 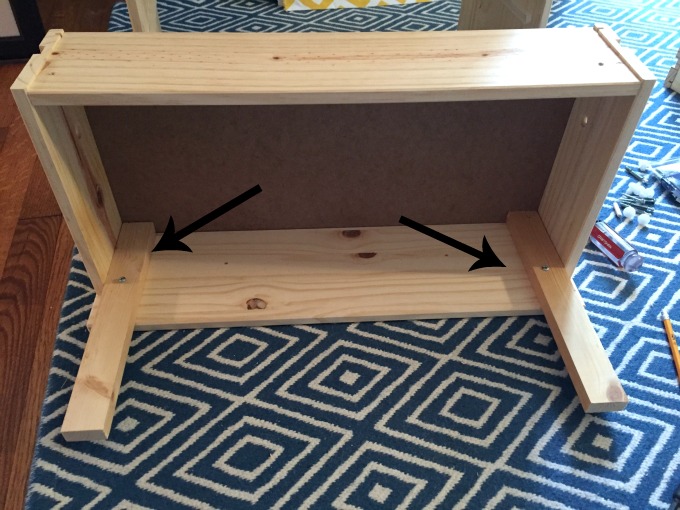 Use wood screws to attach the supports (I used 1/2-inch screws for the wood scraps I used) to the front of the bottom drawer.

Screw the supports into the back of the drawer front.

You should now have one big drawer! 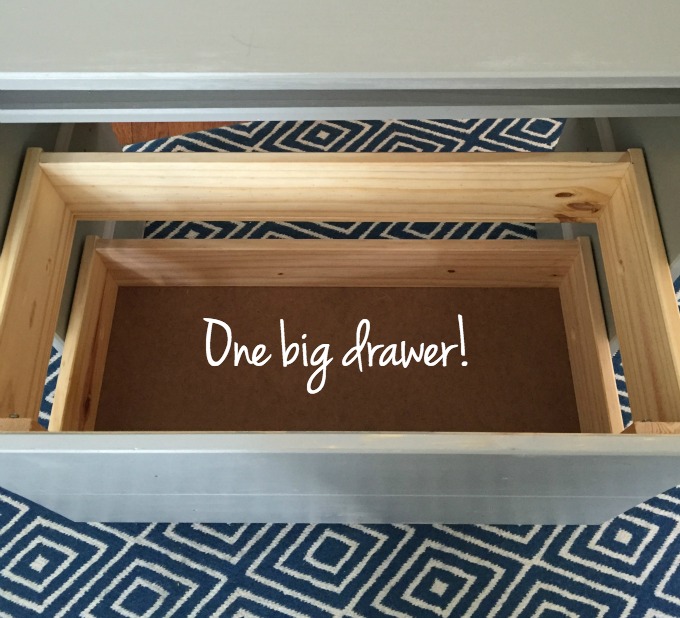 You don’t need supports on the back side of the drawer because the drawer is going to fit into the rails on the sides of the dresser. Those rails will support the back of the drawer.

I decided to just use one handle pull for the big drawer. I had to drill new holes for the pull to fit, and I filled the other drawer holes with wood filler.

The primer does a nice job of sealing the wood and covering up the knots. 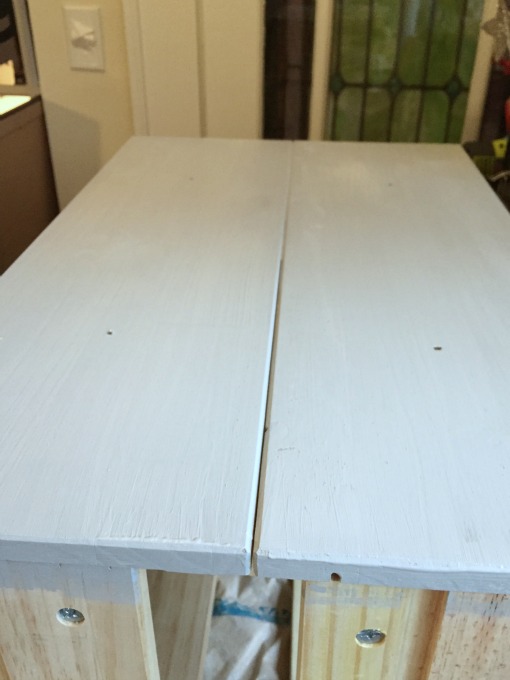 I used PPG Speedhide latex semi-gloss paint; the color is called “Stepping Stone.” After one coat of primer and two coats of paint, I attached the hardware.

This trash and recycling center would be great in a home office or craft area! 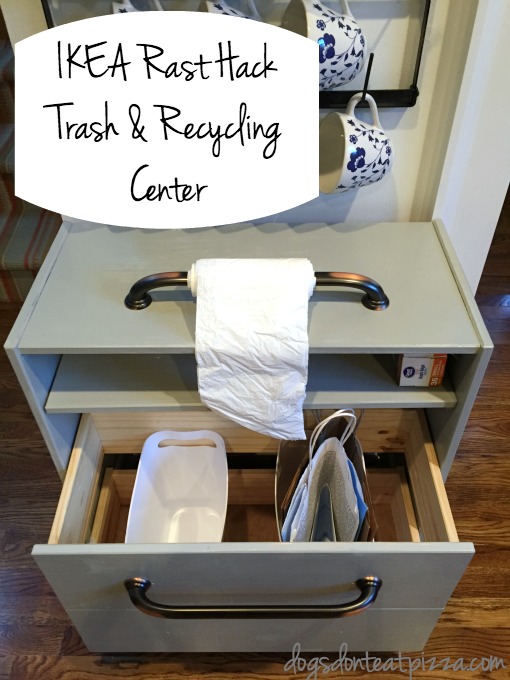 I made this hack as part of a contest hosted by Hickory Hardware and PPG The Voice of Color. (Voting is now closed.)

Big thanks to Jimmy at PPG Architectural Coatings on Marietta St. in Atlanta, who made paint and primer magic happen; to PPG – The Voice of Color for the paint and primer; and to Hickory Hardware for providing the pulls and Rast to hack.