I have been seriously crushing on navy blue walls for a while now. 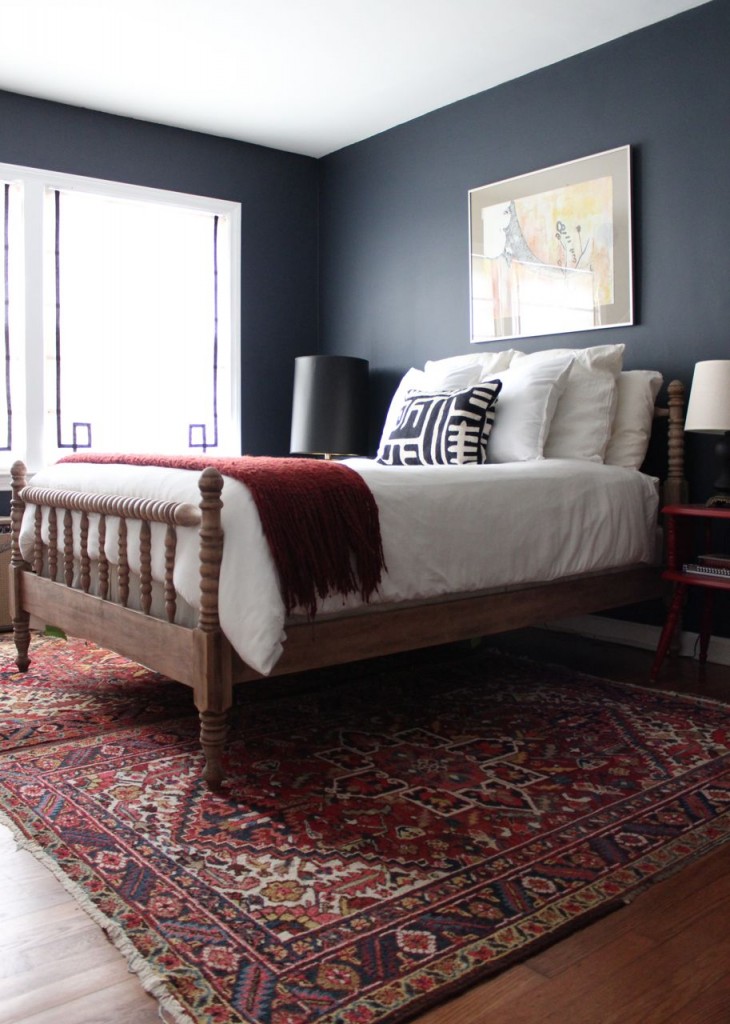 I love how the blue makes the walls fade into the background, especially when paired with crisp white trim and other details. 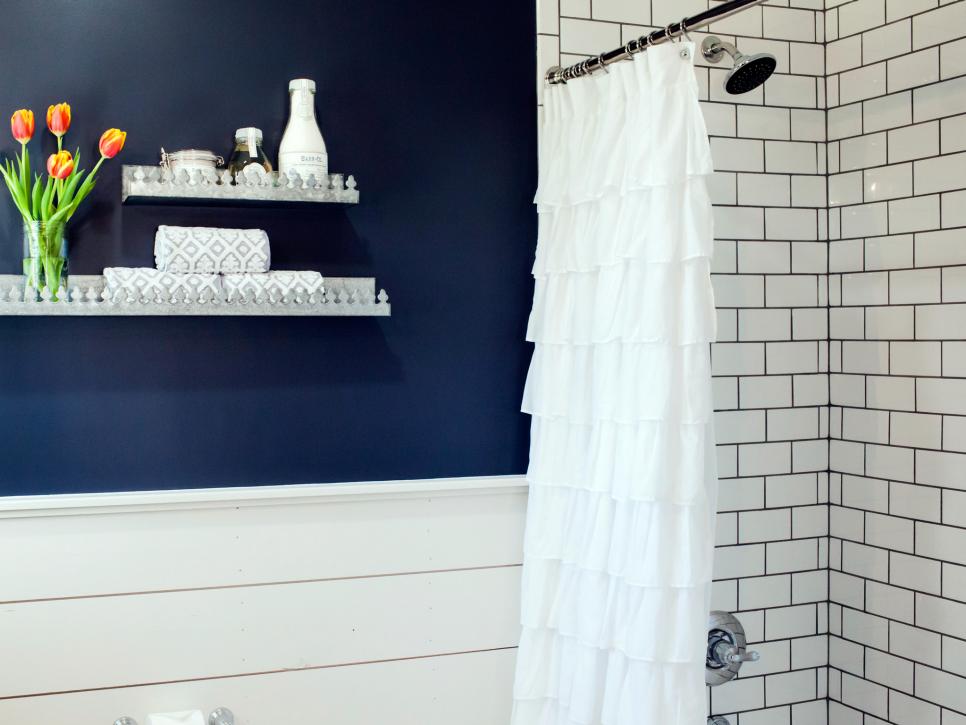 It’s a dark color, but doesn’t make a room feel dark when matched with lighter elements, like white subway tile or light-colored furnishings. 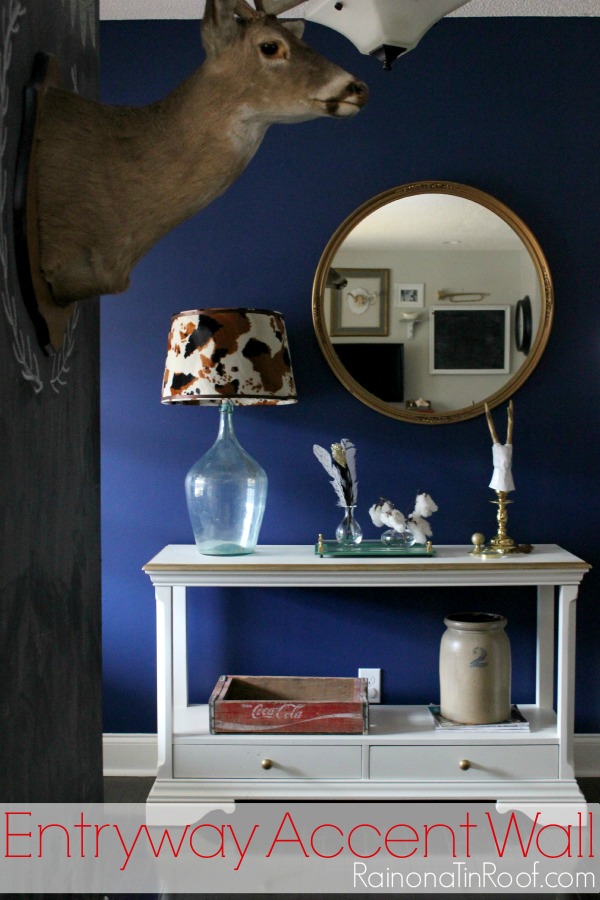 So, I’ve been thinking about where I could put a navy blue wall(s) in our home. The leading candidate so far is our guest bathroom: 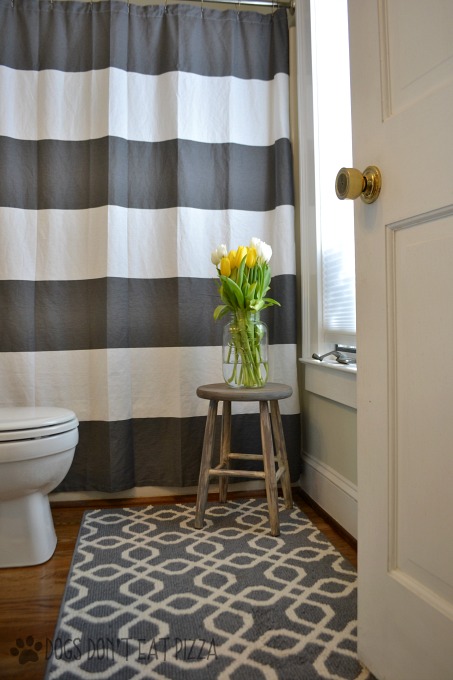 Right now, it’s a light gray – Benjamin Moore Gray Cashmere (painted before we moved in) – and the ceiling has splotches where it’s been touched up (badly, not by me).

The bathroom is small but with high ceilings so, on the one hand, I’m a little worried that the dark blue might make it feel cavernous. On the other hand, though, there is very little paintable wall space and lots of white trim, a white tub, and a white vanity that would contrast with the blue and make it recede into the background.

Plus, I kind of see this room as a “safe” way of adding something dramatic. It’s small, so if it doesn’t work, I can just repaint it and it wouldn’t take long to redo. Not that I’d want to redo it, but just in case…

The other idea would be to add a navy accent wall in our master bedroom: 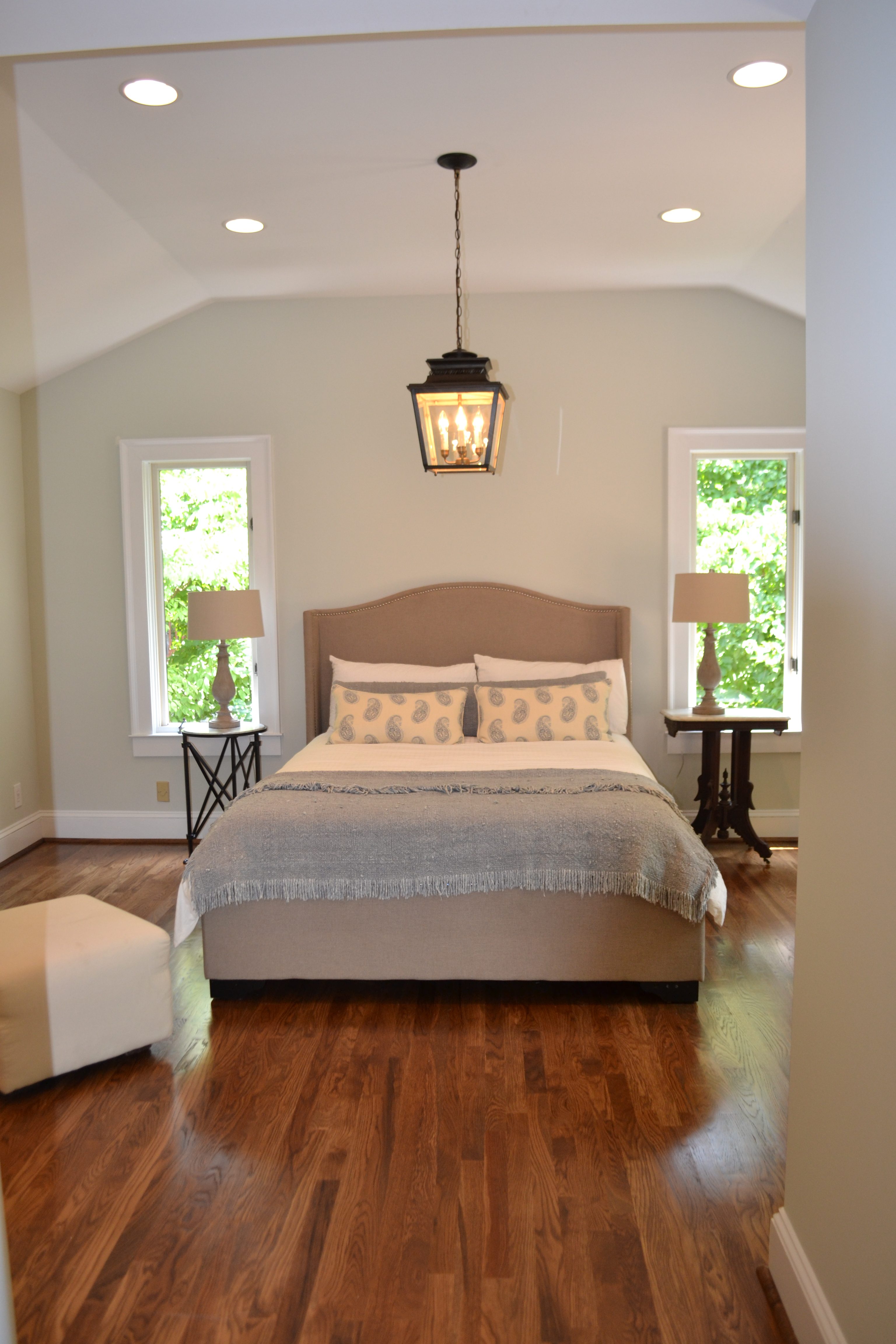 Master bedroom photo from before we moved in (staged by realtor).

A navy wall would be pretty dramatic behind the bed, dontcha think? 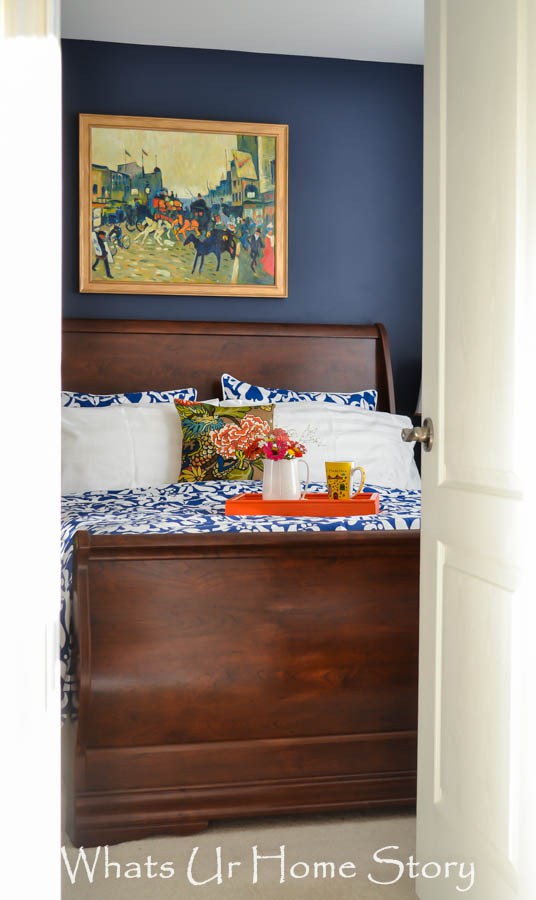 Of course, once I decide to add a navy wall, I need to pick a navy blue, which can be challenging. 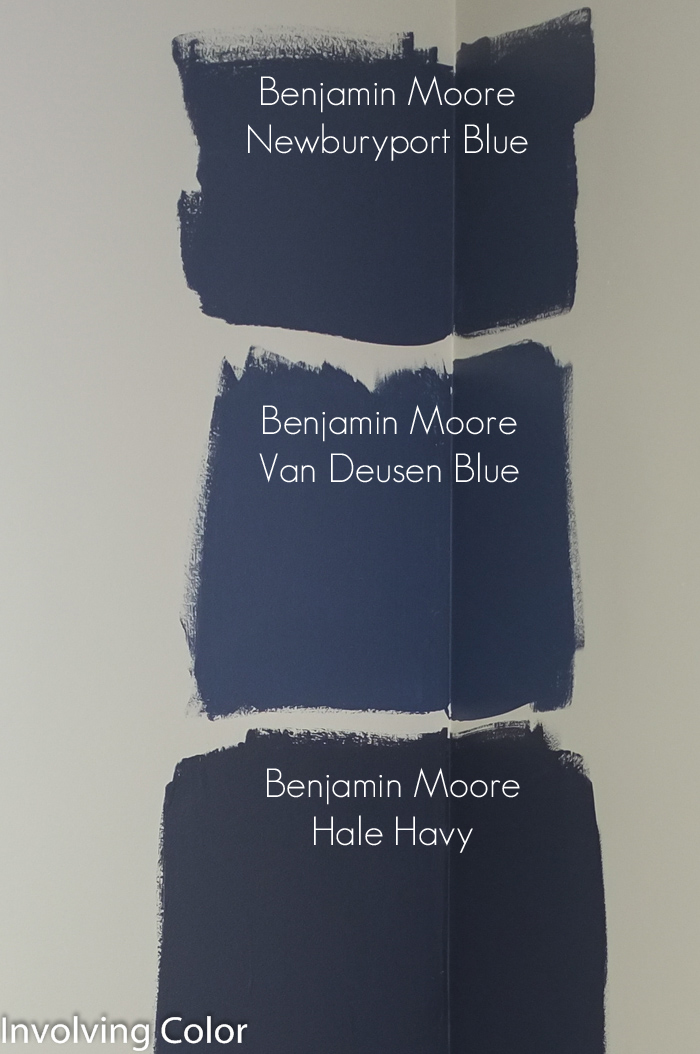 I don’t want it to read too purple, or too brown. I want a blue with some gray tones in it. 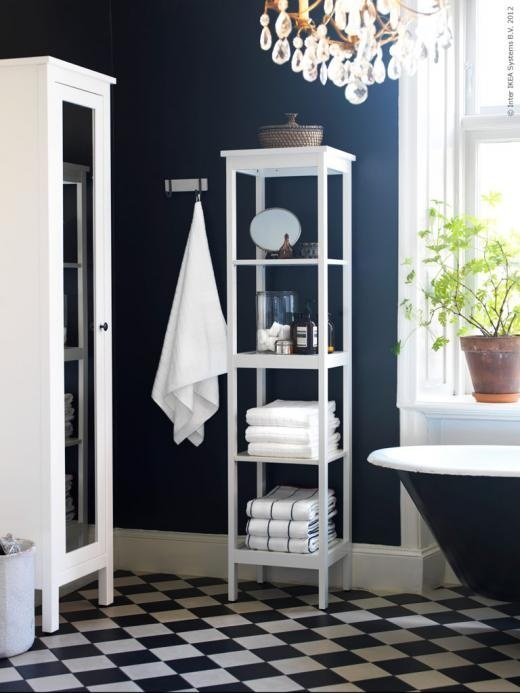 What do you think? Bathroom? Bedroom accent wall? Share your thoughts in the comments!