You are here: Home / Gardening / Planning Our Vegetable Garden: Step One

Every summer, we have a vegetable garden (well, except last year when I was recovering from a broken fibula). 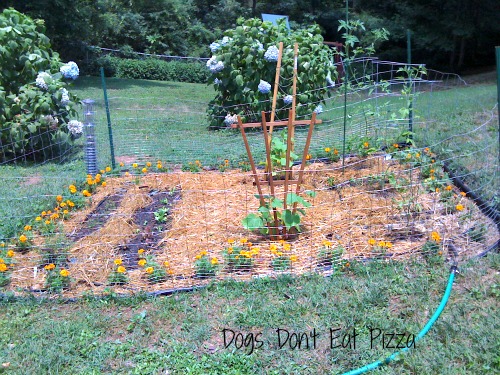 This year, we are getting a late start, but better late than never.

The kids are out of school and want to help with the garden, which is good. But first I needed to remove the raised wooden beds that were rotting and level out the beds again.

We used raised beds in the fall last year (when the squirrels feasted on my lettuce and collards), but they didn’t hold together very well and rotted with all the rain and varmints we had.

Step One: Remove those beds. What’s left are weeds and dirt to remove. Oh, and a lone blueberry bush, which had blueberries on it until the birds and/or squirrels got to them. 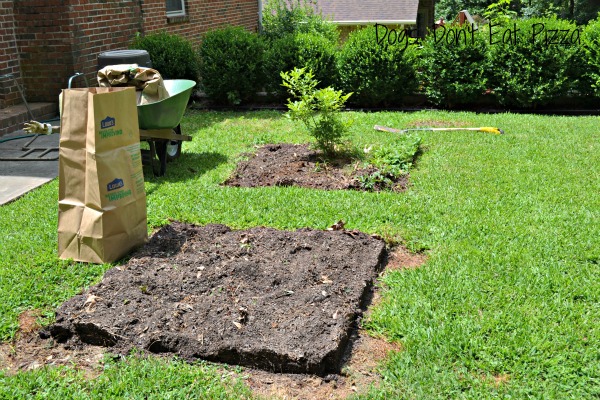 So the next step is to level the beds (no raised beds this year; going back to just in the ground like in the picture from 2011 above) and prep the soil.

These plants are ready to be planted! 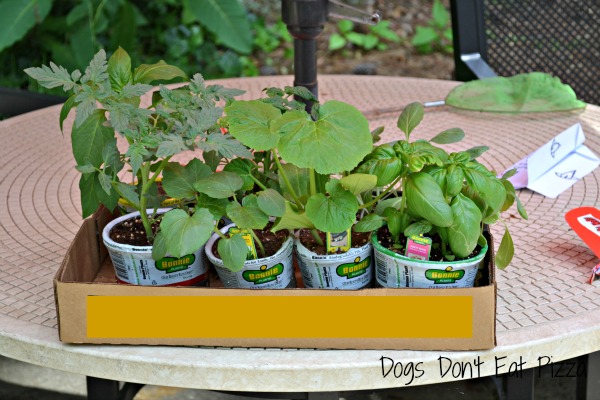 Yesterday, the kids and I picked out the plants for our garden:  two kinds of tomatoes, basil, sweet peppers, cucumbers, and zucchini.

The kids are great helpers in the garden. I use torn-up recycled newspapers for mulch, and they are my Chief Tearer-Uppers. They love that.

I’ll post more when I’ve made more progress. Hard with kiddos underfoot, but we’re slowly but surely getting there.

Do you have a garden? What do you grow?

« From Curbside Castoff to Little Farm Table
This is a Hold Up! (or, how to use belts to fix a sagging table top) »