One project I’ve been thinking about for a while was replacing our plantation-style shutters in the living room with curtains. 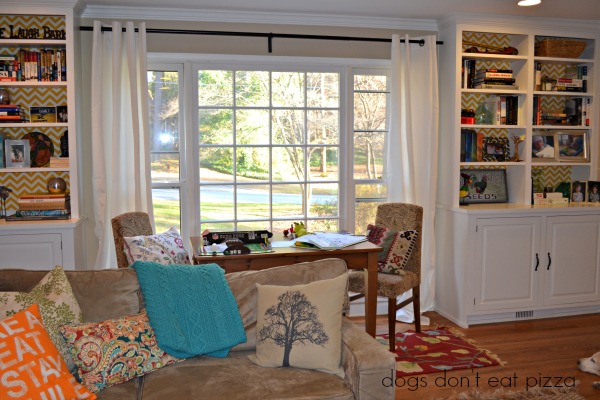 The shutters came with the house when we bought it ten years ago. 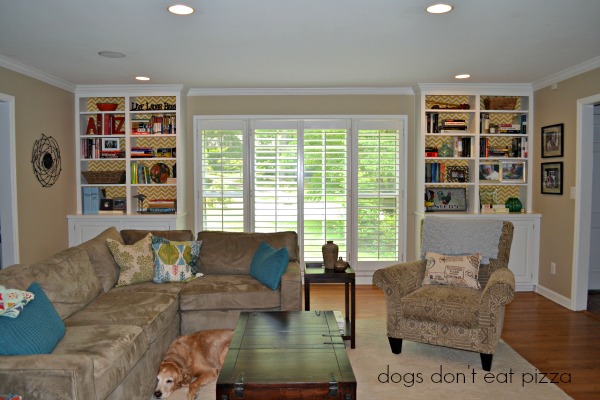 Living Room as of September

At first, I liked them, but, when the dining room shutters broke and we replaced them with curtains, I saw how much light came in the windows when the shutters weren’t blocking them. 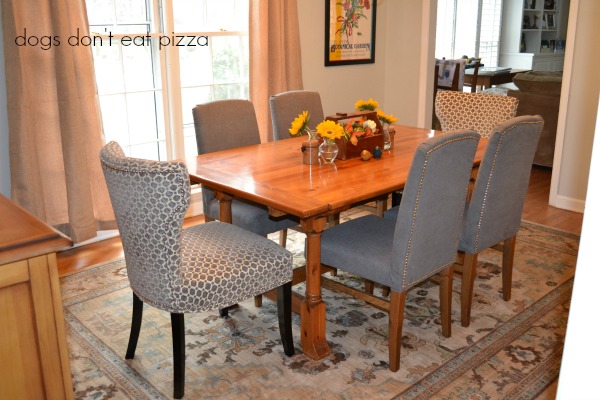 So, I decided it was time to remove the shutters in the living room, too. I bought these curtains at Ikea, because I didn’t want a pattern or anything bold – just something simple. 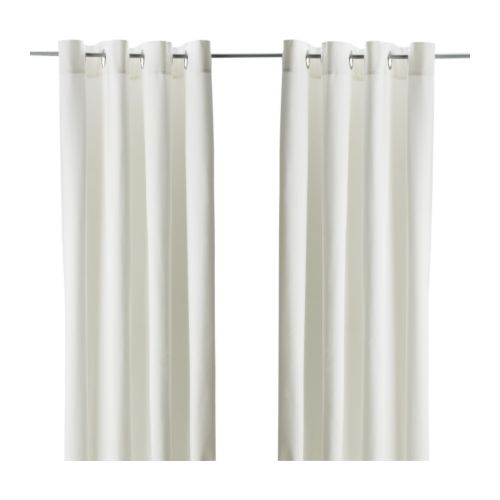 I bought a plain curtain rod at Ikea as well.

First step: I removed the shutters. This wasn’t hard; it just involved removing all the screws from the shutters and the frames. 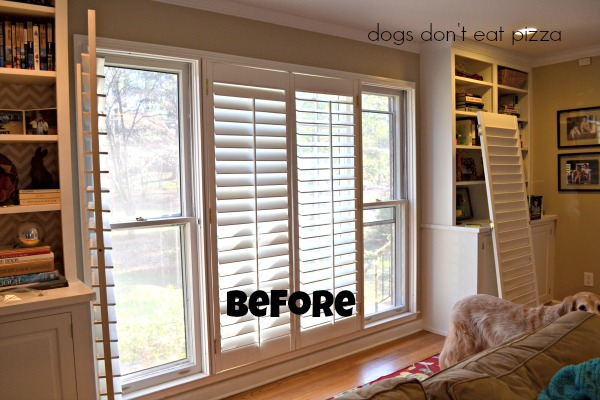 You can see the first panel is off the far window already. Then I remembered to take a “before” pic. Whew.

My daughter went behind me and cleaned the windows. She asked to do this – no violation of child labor laws here.

I couldn’t believe how much light was streaming in! (Cue angels singing!) 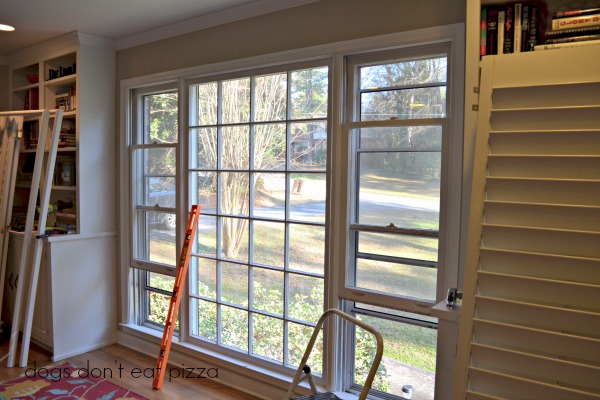 Next, it was time to hang the curtains. I have no idea why, but curtain rod installation stumps me every. single. time. I can unclog a toilet, I can use power tools, but I have the hardest time hanging curtain rods. Grrr.

Anyway, once the rod was installed (into studs – if you do this, make sure you are installing into a stud or use wall anchors, m’kay?), I put the curtains on and stood back to admire the sunlight and my work. 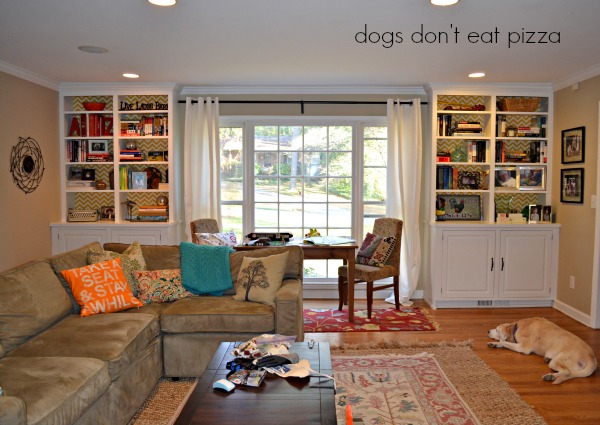 You can see Bear likes the light, too. Actually, since I put the curtains up, she’s usually right at the window. Looking out the window is like Doggie TV. 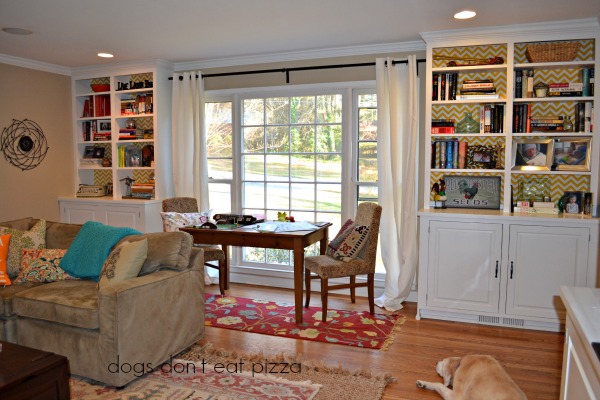 You can also see we haven’t really cleaned up the toys from Christmas morning yet. Oh well.

I love the sunlight and I love the lightness of the curtains, versus the heavy, almost bars-on-the-window-looking shutters. I’m going to put the same curtains on the two windows on the wall opposite this window, too.

Let there be light!