You are here: Home / Real Life Tips / You Know You’re a Grown Up When…

When I was a senior in college, one night before graduation, my girl friends and I were sitting around talking about what it meant to be a “grown up.” We came up with a top ten list of how you know you’re a grown up. I remember what was on the list were things like: keeping Pepto Bismol around, just in case; waking up to your bones creaking; asking people to speak up so you could hear them. (All of which are true, by the way.)

But what we didn’t include on the list – both because we were having fun with it at the time (there might have been beer involved) and because we just didn’t know – is what it really means to be a grown up. 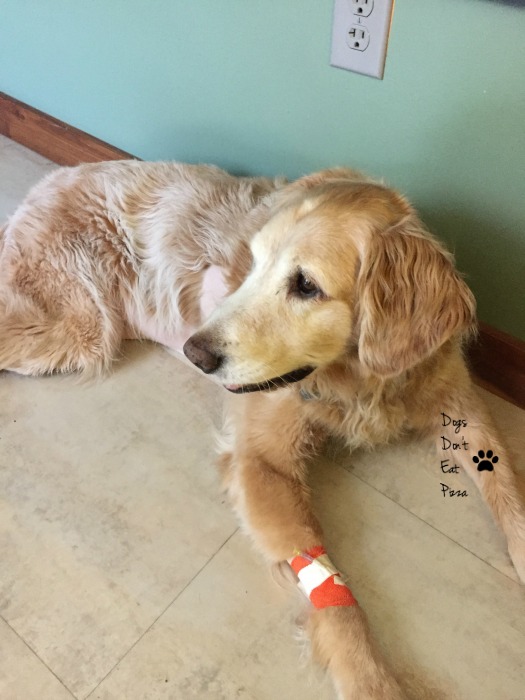 What it really means to be a grown up is to have others depend on you. Whether a child or a dog or a husband or a PTA or a job or a parent, someone counts on you.

Now, that’s not to say that being a grown up is one big downer. With being a grown up comes all kinds of amazing, beautiful, fabulous things, too – like being able to have a drink when the aforesaid things happen. And, more importantly, getting married, having or adopting a child(ren), adopting dogs, raising a family, watching children and family grow, watching friends grow. So many good things.

For some reason, right now, many of my friends are going through more of the crappy stuff than the fabulous stuff. It’s breaking my heart to know that their hearts are breaking.

We had our own, ahem, “rocky” adventure this weekend (pun intended). Hank spent the better part of Thursday throwing up (TMI, I know). Then it stopped. Then it started again. Then it stopped. I didn’t take him to the vet at first because Hank’s stomach is really sensitive anyway, but Phil correctly noted that he’d been sick for more than 24 hours – it was time to see what the problem was.

He had swallowed a rock. No, I’m not kidding.

Hank has always chewed on rocks. He came with that weirdness when we adopted him. But he always spits them out, notably when I show up and say, “Hank, spit it out!”

But this one – the size of a GOLF BALL – made it into his belly and was causing a whole big problem.

In fact, it had caused his stomach to be so distended that the vet told me that he might have a tumor next to his stomach. The tumor was either benign or a malignant sarcoma that would mean he might have three months to live.

And with that, I crumpled up on the floor and began to sob.

I know some of you might be thinking, “Oh my gosh, he’s a dog.” If you know nothing else about me, you know that I love my dogs just as fiercely as I love everyone else in my family.

Hank went in for surgery at around 12:30 am. The vet called at 3:30 am to tell me he was fine and that there was no tumor. It was just his stomach.

I thanked God. I thanked the vet. I cried some more.

Fast forward three days and Hank is home. To say I am grateful is an understatement. 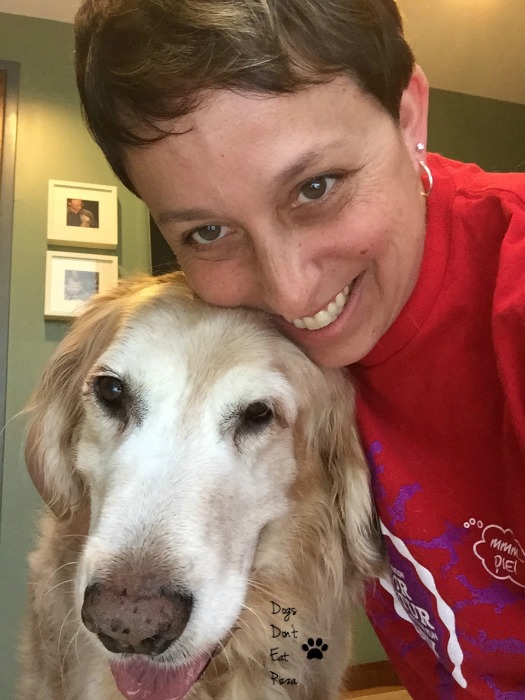 I am sleeping in the family room with him until he’s able to get up the stairs. (P.S. Being a grown up also means that it’s not as easy to sleep on a couch as it used to be.) Hank sleeps where I sleep. It’s what he does. 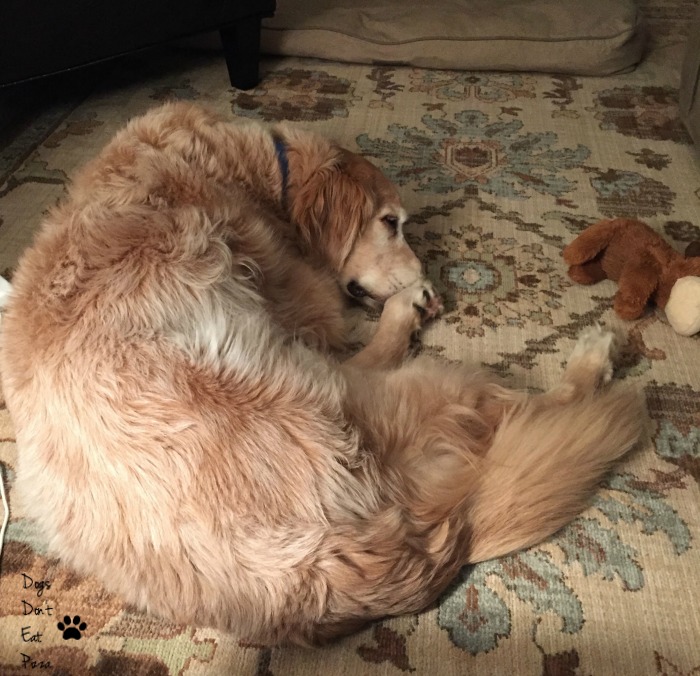 I’ve seen a meme circulating lately that says, “I can’t adult today.” I totally get that. I’m kind of there, too.

But having Pepto Bismol on hand is still a good idea. Just in case.