You are here: Home / Stories from the Bungalow / Elvis Is In the Building!

I want to formally introduce the newest addition to our family: Elvis Parsley Dog Cooper! 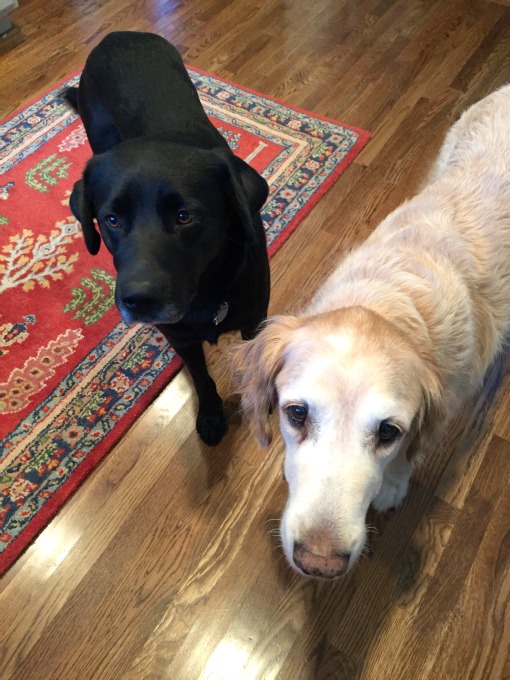 We adopted Elvis in mid-November from Atlanta Lab Rescue. I talked a little bit about him in this post, but I thought I’d share a bit more now that we’ve gotten to know him better. 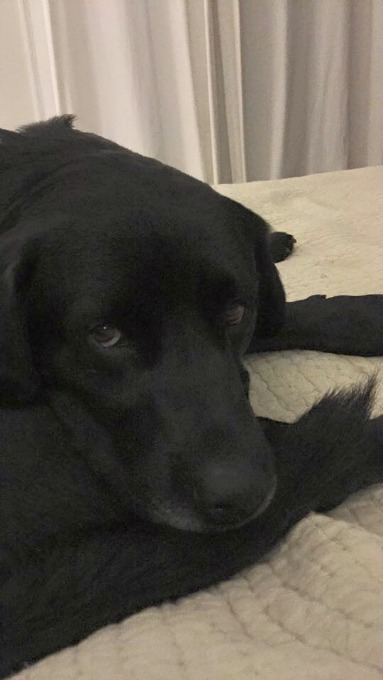 Elvis is a black labrador retriever. He is gorgeous – shiny coat, soulful eyes – he’s a looker.

What’s his story? Well, he was picked up by animal control in a rural area around Atlanta and apparently was there for several months. We don’t know why. 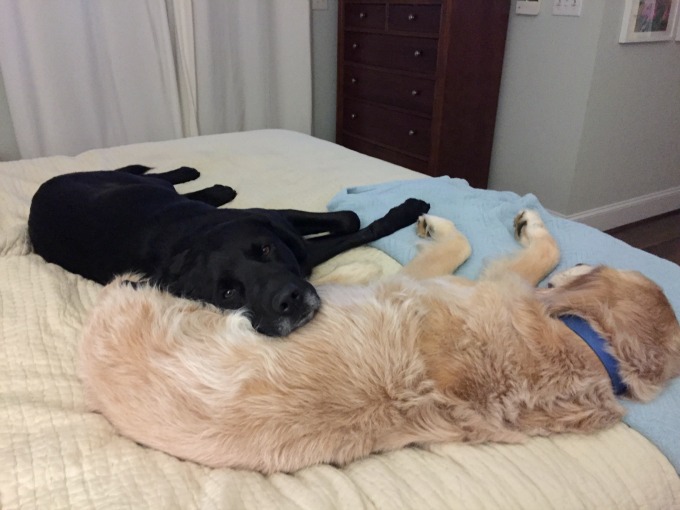 He was rescued from the shelter by Rescue Me Georgia and, after a few unfortunate foster situations for him, he landed with Atlanta Lab Rescue. Then he hit the jackpot when the head of Atlanta Lab Rescue called me and said she thought he’d be a great dog for us.

Though we don’t know much about his history, we can tell a few things from his behavior. He knows basic commands and came potty-trained, so he’s been in a home or with an owner before. He prefers to sleep right up against Hank or me, so I’m guessing he was part of a pack of animals at some point. He flinches when I say “no” or when he hears a loud noise, and he often ducks his head when I correct him after he does something bad. That’s a sign that he’s been abused – someone hit him when he misbehaved.

I have explained to him that those days are over for him. In this house, we don’t hit. He’s slowly starting to get that.

He is still very much a puppy, although a very chill one. He needs to chew on stuff, so I’ve loaded up the toy basket with nylabones and kongs and other toys he can gnaw on. He also loves to run, which is great for 10-year-old Hank, too.

He looks older – the rescue group at first thought he was 4 or 5. Turns out he’s more like 2 or 3 years old. The gray on his face makes him look wise beyond his years (black labs can gray as early as age 2).

How did he get his name?

The rescue group had given him the name Elvis – presumably because of his shiny black coat. We call him Elvis Parsley because of a long-running joke in our family about the “real” Elvis.

Several years ago, M saw a picture of Elvis Presley in a magazine. She pointed to it and asked, “Is that Elvis Parsley?” It was too cute, so it stuck.

We then spun off side jokes from that: “What do you get when you cross a vegetable and a rock singer? Elvis Parsley!” Ha ha!

So, when we adopted Elvis, we knew that his full name had to be “Elvis Parsley Dog Cooper.” And so it is. 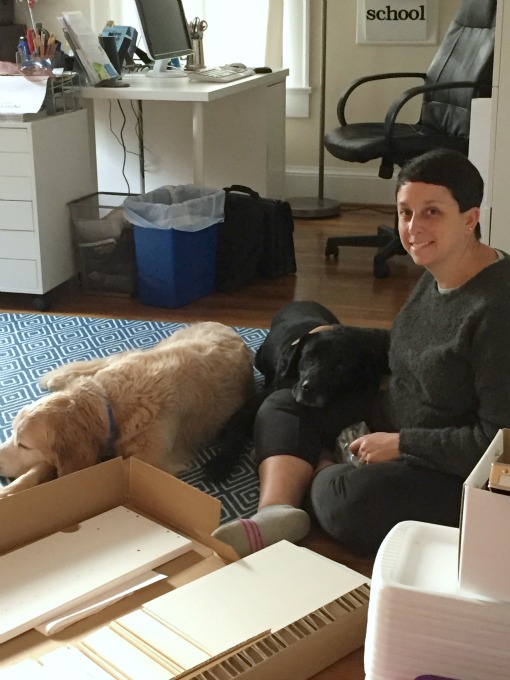 He is a love of a dog. He just wants to be close to us – especially me – and often can be found under my desk or with his head resting on my leg. 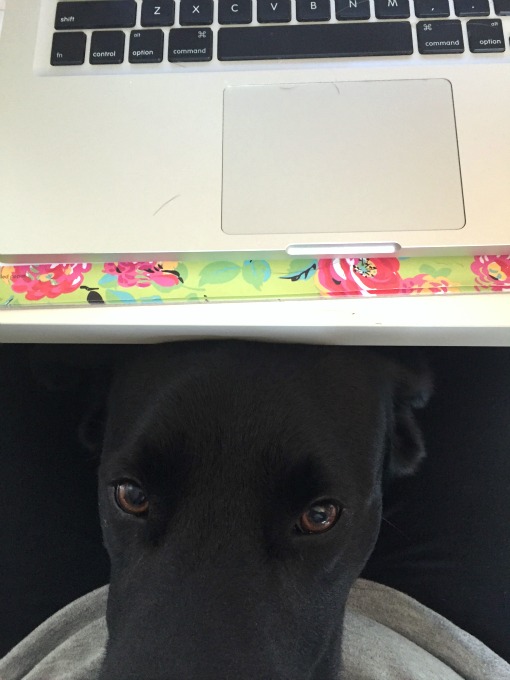 This happens every. day.

He is a sweet boy and we feel very lucky that we found him and he found us. Even Hank likes him.

If you want to add a furry friend to your family, please rescue one. There is pretty much a rescue for every breed and every kind of animal. And if you think you can’t get a pure-bred dog in a rescue, think again – Elvis is a gorgeous pure-bred black lab. Trust me: rescue animals are the best. They rescue you right back.

For an update on how Elvis is fitting into our family after seven months with us, please see THIS POST.