You are here: Home / Stories from the Bungalow / An End, A Beginning, and the Number Three

I’m baaack! Hello again! Wow – that title sounds really dramatic: “An End, A Beginning, and the Number Three…”! It sounds so mysterious! But really it’s just a way to let you know, in one phrase, what’s been going on with me while I’ve been away from the blog for a bit. We haven’t talked in a while. I’m so glad I’m back and you’re back, so let’s start at the beginning…which is An End…wait, what?

“An End” in the title refers to the end of summer break, for my kids for sure, but also for me. I decided to take time away from the blog this summer to focus on my family and to refocus my blogging life (more on this in a minute). We had the best summer! After the kids went to camp, my daughter and I went to New Mexico to visit – to surprise! – her best friend who recently moved there. 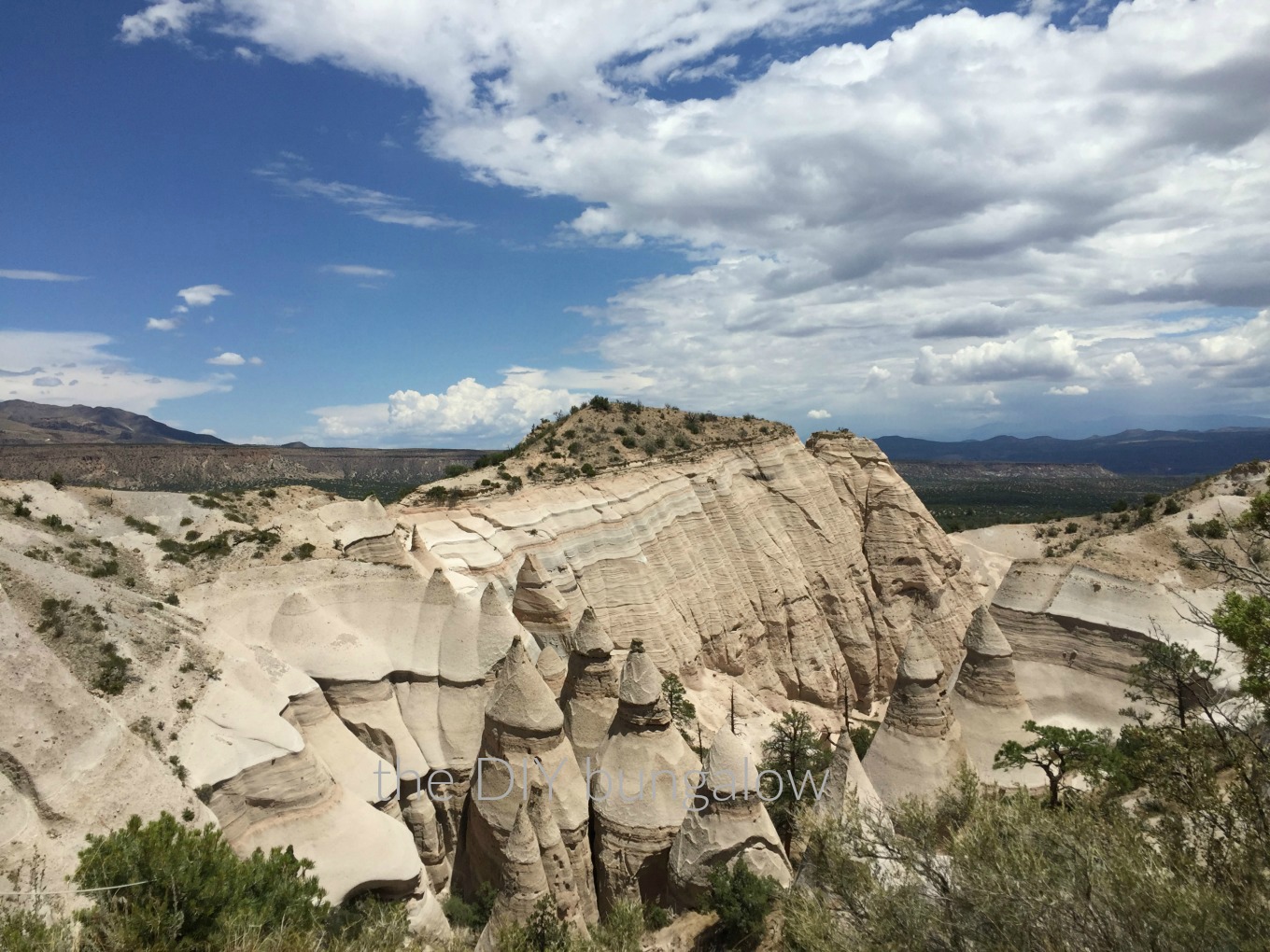 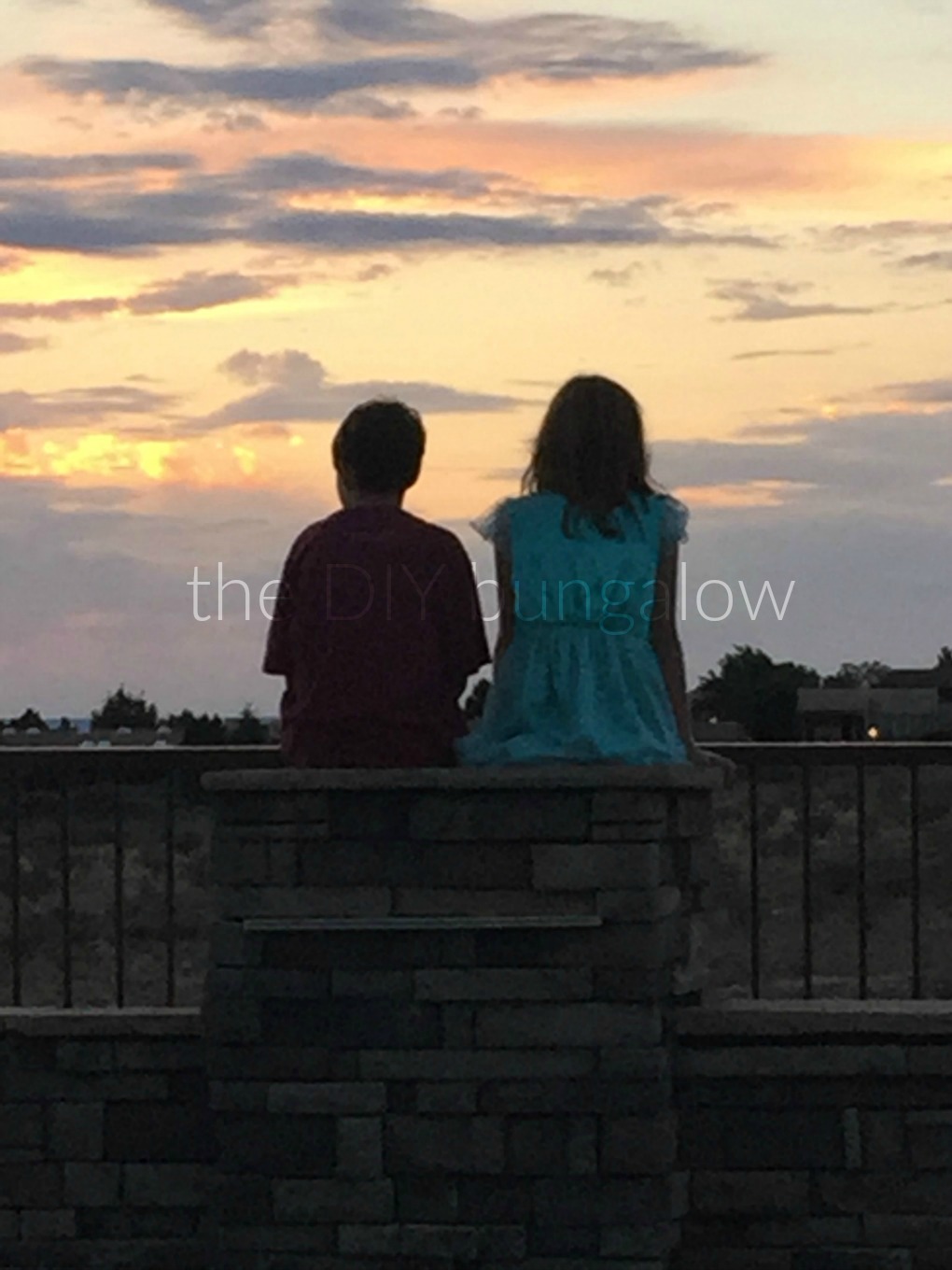 My favorite photo. These two have been the best of friends since they were 2 1/2. Now they’re 10. 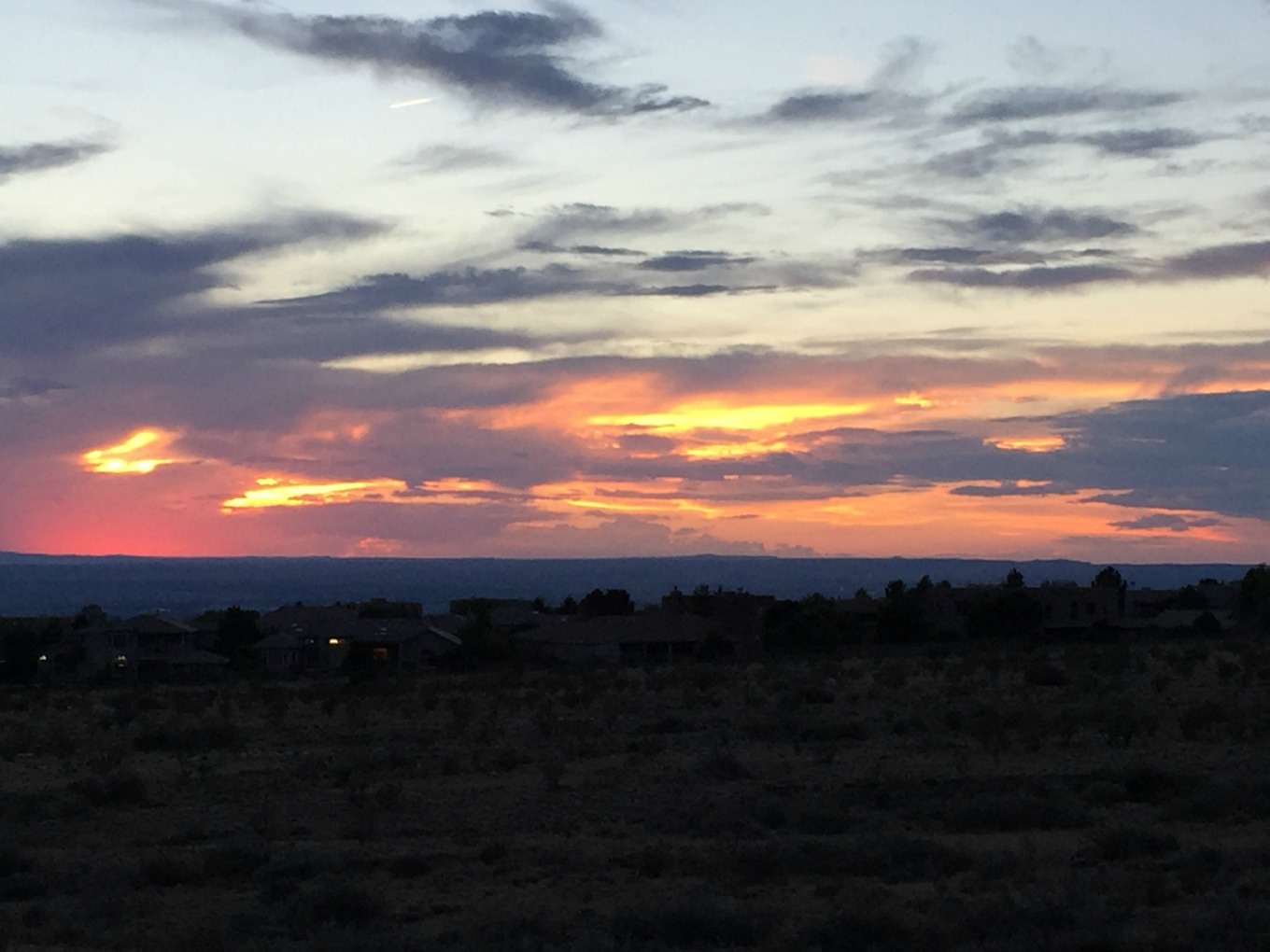 Then we headed to Florida to visit Grandma, and Nashville to see an English Premier League soccer game. Our school starts insanely early here, so, by the time we returned from Nashville, it was time for the kiddos to head to school!

For me, not only was this break needed for some much-needed family time, I needed it so I could take a big ol’ deep breath. I have been thinking back about this blog and how much I’ve written, and I realized that my creativity and, thus, my posts, began to wane in August of 2015.

And what followed was a series of family crises. My father-in-law passed away after battling a long illness. My daughter was diagnosed with Crohn’s Disease. Least importantly, the house was having issues (water in the basement, things breaking, etc.).

And, as you know, when your brain is focused on one thing very intently – in my case, family – it’s hard to focus on anything else.

My creative juices pretty much dried up. I remember writing in so many posts, “I’m sorry I haven’t posted in a while…” and then talk about a project that was lingering and taking much longer than it needed to. It wasn’t that I couldn’t complete it or that I didn’t know how to complete it. It’s that I just didn’t have the mental bandwidth.

I did not admit this to myself. I figured I would snap out of it and keep going. I figured it was my job, so I’d just do it. But when your job is being creative, and your creativity is derailed for some reason, you’ve got nothing in the tank. I kept going, kept doing projects, kept writing…but it didn’t feel the same.

In May of this year, I had three projects going at the same time: painting my laundry room doors (I talked about that several times in this post and this post), a Power Tool Challenge project in which I was turning an old drawer into a hanging storage cabinet, and painting an old table I found at a thrift store.

I messed them all up.

I tried to paint the drawer-turned-cabinet and the paint didn’t cover…even after five coats of paint. That should have covered it. It didn’t. Over and over. 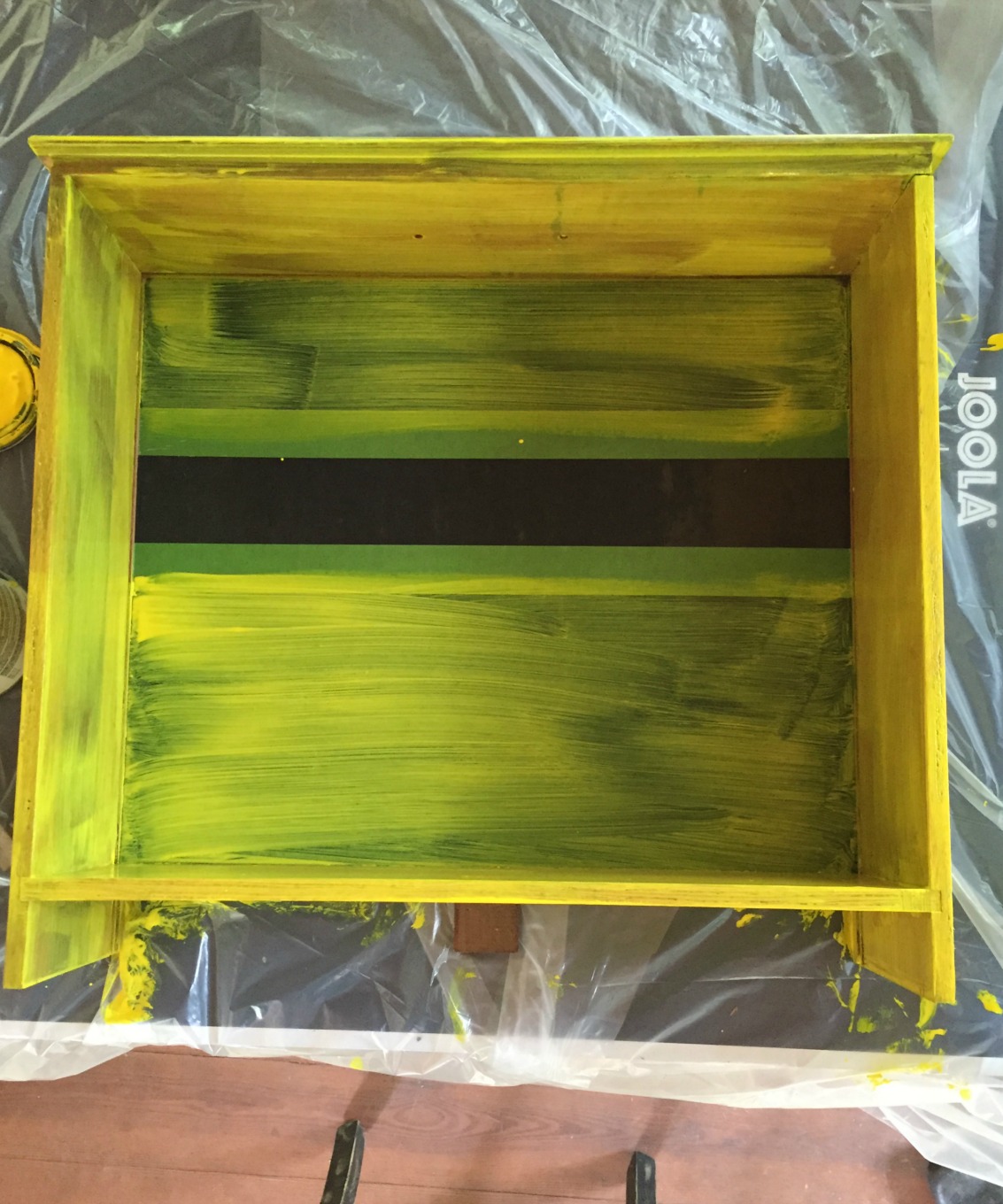 This is what it looked like…arg.

Repainting the laundry room doors became a HUGE project. I thought that I could just sand down the very bad paint job that was already on the six-panel doors and then prime and paint over it. Easy-peasy, right?

Once I started sanding the doors, the paint started peeling off like skin after a sunburn. Large sheets of paint came off, except in the panels of the door. The paint stuck there and was stubbornly stuck, despite using stripper, sandpaper, an electric sander, a wire brush, and a five-in-one tool. I worked on it for seven days. 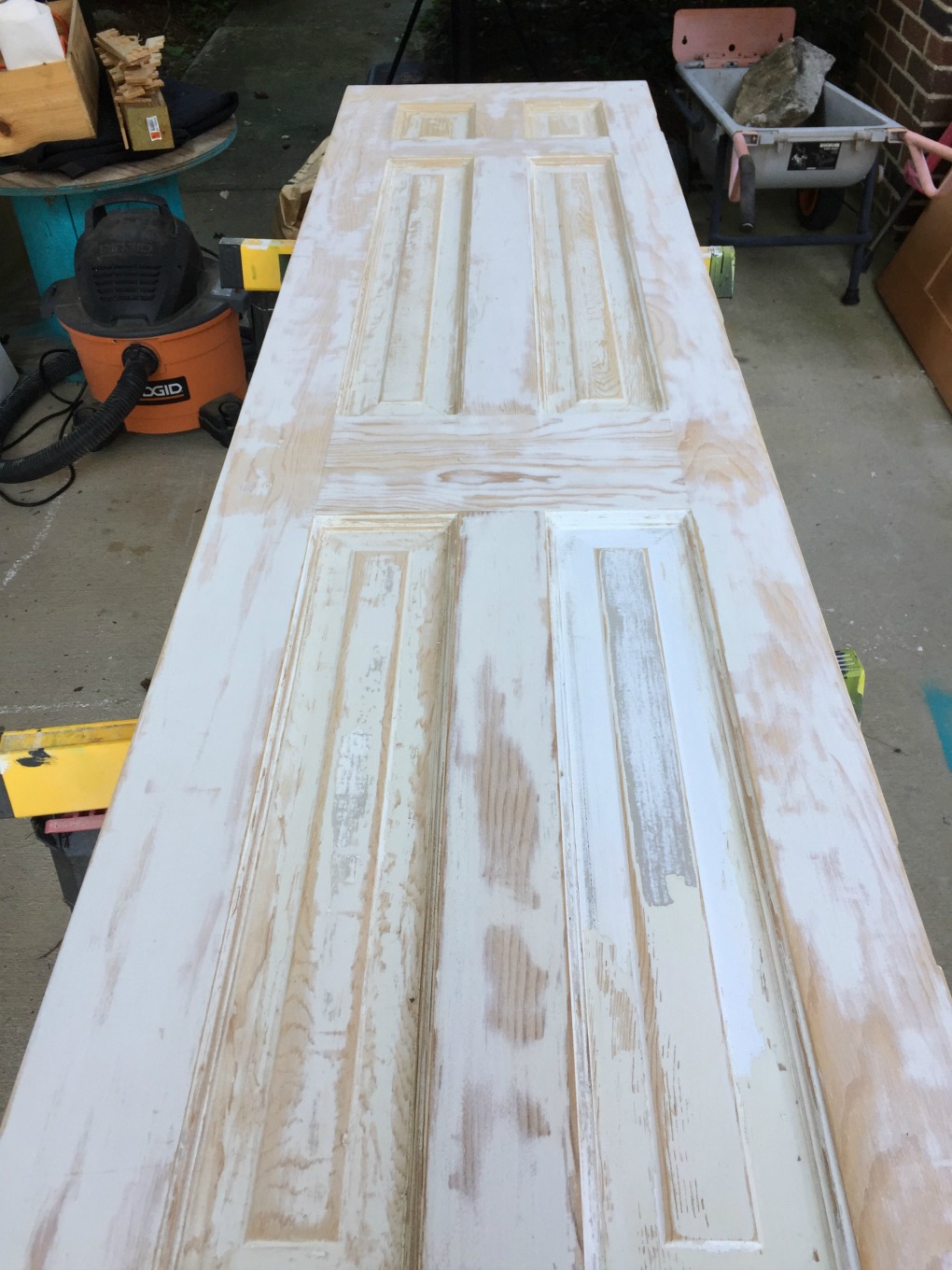 This is what one of the doors looks like today – mostly stripped of paint, with some stubborn spots left.

I am going to write a whole ‘nuther post on how to – and how not to – strip paint off wooden 6-panel doors, because someone should benefit from my experience.

Those doors are still in my garage. One is nearly all stripped of paint; the other, not at all.

Because that’s when I cried uncle.

You know how people say bad things happen in threes? This was it for me – my sign from the universe that I needed a break. That I had been spinning my wheels long enough, trying to be creative when, in fact, my brain had so many tabs open that I couldn’t focus on anything.

And here’s the odd part: it felt good. I felt relieved. I thought I would feel guilty for not posting or doing projects. I didn’t. I took a deep breath. And another. For a month, I let my brain rest.

This is now the end of that month-long experiment. Is my brain clear and focused on the blog and projects now? Mostly. Mainly, I’m learning how to better balance the competing forces in my brain. I’ve got time to focus on family, time to focus on social and political issues (if you’ve read this post (aptly titled: How to Be Creative When Life is Kicking Your Butt) or this post, you know that this political climate has a chunk of my brain occupied, too), and time to focus on my blog, my business, and my creativity and growth. I still have all of these tabs in my brain, but I try to only open one or two at a time now.

Which brings me to the beginning…which is where I’ll leave you for now. The next post will be all about the new beginnings…